Cyprus plans to tighten requirements for its ‘citizenship by investment’ programme following a warning from European authorities earlier this year that the scheme is vulnerable to exploitation by criminals. 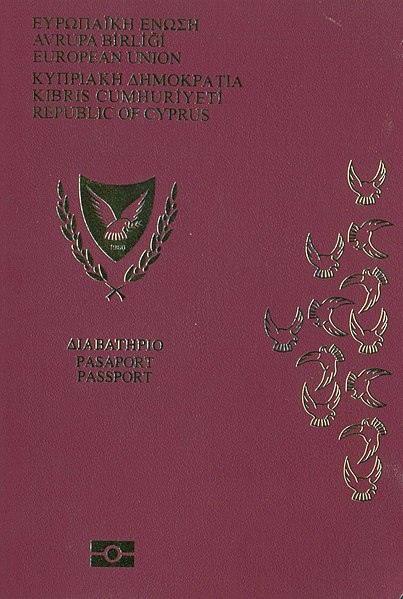 Critics say that such schemes, when implemented in countries with lax financial regulation, provide opportunity for rampant money laundering, tax- and sanctions-evasion by corrupt public officials and criminals.

Interior Minister Nicos Nouris said on Wednesday that Cyprus’ cabinet had approved the new regulations and that the measures would subsequently be referred to parliament for further review, according to Cyprus Mail.

If the house votes to introduce the new legislation, the cabinet reportedly says that application criteria will be brought into closer step with anti-money laundering legislation, meaning applicants must abide by financial transparency rules set out by the country’s own central bank.

Cyprus’ Golden Visa scheme – which offers citizenship in exchange for an overall investment of almost €2.6 million (US$2.9 million) – has been mired in controversy since its introduction in 2013.

So much so that in February 2020, the Council of Europe’s financial watchdog Moneyval urged the country to significantly enhance the aggressiveness with which it pursues money laundering and confiscates foreign criminal proceeds.

In early 2018, OCCRP published an investigation revealing how several hundred high-net worth figures had taken advantage of the program to acquire a foothold in the European Union.

One-third of the names on the list belonged to wealthy businessmen in Russia.

Two of the most prominent of these figures were Oleg Deripaska and Victor Vekselberg, both of whom were included in a list of wealthy oligarchs believed to have links to President Vladimir Putin, drafted in 2018 by the US Treasury Department as an addendum to a raft of sanctions against the former Soviet country.

A one-time business partner to disgraced adviser to President Donald Trump, Paul Manafort, with a net worth of more than $6 billion, Deripaska has long denied having links to organised criminal actors in Russia.

Between 2014 and 2016, the FBI repeatedly interviewed the Russian businessman as part of their investigation into alleged collusion between the Russian government and Trump’s successful 2016 presidential campaign, according to The New York Times.

Vekselberg, owner of the world’s largest collection of Fabergé eggs, with a personal wealth estimated at almost $15 billion, obtained a Cypriot passport in 2017 following a considerable investment of up to $1 billion in the Bank of Cyprus.

Before attending Trump’s inauguration ceremony in 2016, Vekselberg was among the guests at a 2015 dinner in Moscow hosted by the Kremlin-backed television channel Russia Today, where one-time US security adviser Michael Flynn was captured on film sitting beside Putin.

Flynn was subsequently convicted of wilfully and knowingly making false statements to the FBI, following the publication of Robert Mueller’s investigation into Russian interference in the 2016 election.

The proposal to tighten requirements for Cyprus’s Golden Visa scheme follows after the country’s government took the decision to strip 26 individuals of citizenship in November of last year, according to Cyprus Mail.

Those targeted by the action reportedly included eight allies of the Cambodian authoritarian leader Hun Sen, Kenyan billionaire Humphrey Kariuki, who is currently under investigation for tax evasion in his home country, and, possibly, fugitive financier Jho Taek Low, the alleged architect of the notorious 1MDB embezzlement scandal in Malaysia.