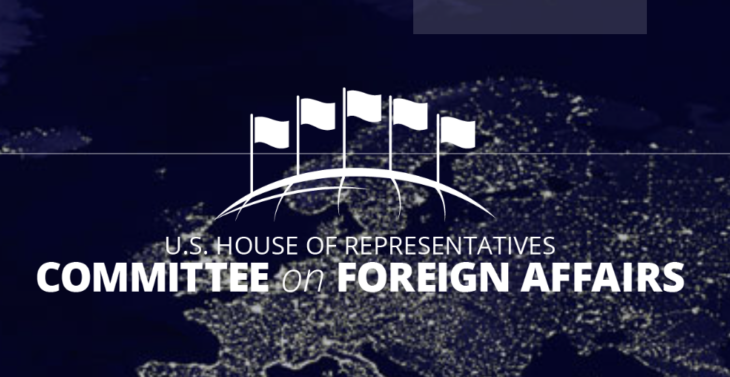 “Vladimir Putin is a cruel authoritarian with a long track record of silencing civil liberties, including freedom of the press, freedom of speech, political opposition, and democracy. We need only to look at the violent killing of Putin-critic Boris Nemtsov to see how Putin brutally suppresses those who speak out against him,” Chairman Engel said. “The measure we’re introducing today sends a strong, bipartisan message to the Kremlin: the United States Congress stands with the heroes who put their lives at risk for freedom and democracy. I urge the Administration to join us in supporting the rights and freedoms of the Russian people by sanctioning the Russian government officials responsible for these horrific human rights abuses.”

“The one thing that Vladimir Putin fears the most is the truth. The Russian president has turned the rule of law into a tool of repression, silencing journalists, threatening political opponents, and depriving the freedom of civil society activists, Ukrainians, and religious and ethnic minorities. If Vladimir Putin had real confidence in his ability to govern, he would encourage an independent press, welcome public demonstrations, and champion free and fair elections. Sadly, his regime is too busy trying to hide its many failures,” said Ranking Member McCaul. “As Americans, we must stand up for the freedoms and democratic aspirations of others around the world. I am proud to join Chairman Engel to introduce this bipartisan Resolution which calls for the release of political prisoners that the corrupt Kremlin has put behind bars. We must never be afraid to lend our voices to those who have had their own taken.”

• Condemns the practice of politically motivated imprisonment by the Russian government, particularly under the leadership of President Vladimir Putin

Full text of the measure can be found here.