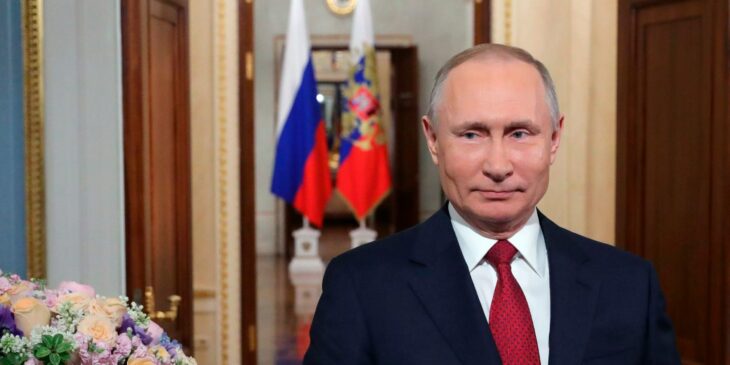 The report, dated March 16, was produced by the EU’s European External Action Service (EEAS) and described to Business Insider by an intelligence official in Brussels who tracks Russian operations.

Reuters on Wednesday also quoted the document warning that Russian operations — which include mass postings on social media by Kremlin-controlled bots — were underway.

“The overarching aim of Kremlin disinformation is to aggravate the public health crisis in Western countries … in line with the Kremlin’s broader strategy of attempting to subvert European societies,” according to the report.

The intelligence official, who cannot be named because of the sensitive nature of their work, confirmed Reuters’ description and said the goal of the operations was to sow panic and discord in Western societies.

People in the US and across Europe have resorted to panic buying goods, governments around the world have urged citizens to dramatically reduce social interaction, and hospitals are preparing to be overrun with critical cases.

“The Russian operations are exactly what we have seen in the past when they’ve used a mix of conspiracy theories, false news items and [the] exploitation of racial, ethnic or even class tensions to sow discord,” the official said.

“The only ideology involved is usually to press on existing tensions in the targeted area’s society. A perfect example was, as cases spiked in Spain, we saw bot armies beginning to spread Spanish-language posts on social media that pushed theories about American responsibility but also using tensions over the Catalonian separatist movements to claim the government was going to ignore one ethnic group in favor of another.”

The EEAS report is said to list 80 examples of disinformation stretching from Spain to Ukraine, and to note that the 12th-most retweeted source of Spanish-language news in Spani had been from Russia’s state-funded RT Spain network.

RT has been repeatedly accused of not only parroting Russian intelligence and political positions, but also of being an incubator producing controversial or misleading information that is then shared by automated bots on social media in attempts to go viral.

“We expect this to be an ongoing problem because time and time again, the Russians have brazenly conducted these operations — as we saw in the US election and the Brexit debate without facing any serious repercussions, despite being blatantly caught in the act time and time again,” the official added.

US officials started warning of an information operation crisis from Russian sources in late February.

“Russia’s intent is to sow discord and undermine US institutions and alliances from within, including through covert and coercive malign influence campaigns,” said Philip Reeker, the acting assistant secretary of state for Europe and Eurasia, told Agence France-Presse at the time.

“By spreading disinformation about coronavirus, Russian malign actors are once again choosing to threaten public safety by distracting from the global health response,” Reeker said.

As of Wednesday, more than 200,000 people around the world have been infected with the novel coronavirus, and more than 8,200 have died. The number is expected to grow exponentially as more people are tested for the disease.