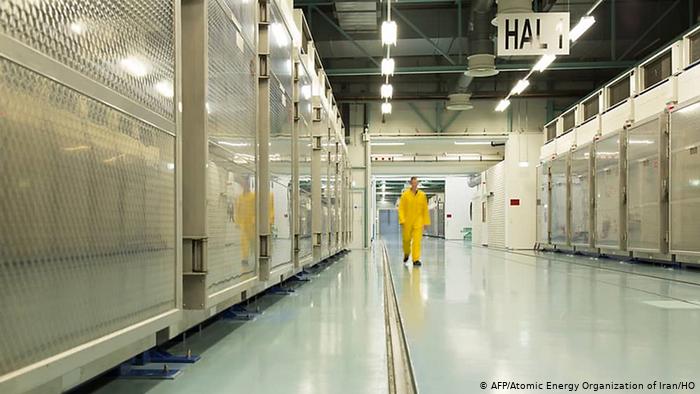 A Russian state company suspended a research project with Iran because of its decision to resume enriching uranium, a move a senior official said Thursday was necessary after the U.S. canceled a waiver to allow the joint venture, reported AP.

The TVEL company said in a statement that Iran’s decision to resume uranium enrichment at the Fordo facility makes it impossible to convert the facility to produce radioactive isotopes for medical purposes.

Iran agreed to stop uranium enrichment under a 2015 deal with world powers to prevent it from building a bomb, but it has resumed such activities after the U.S. pulled out of the pact last year and imposed new sanctions.

TVEL’s suspension apparently reflects Moscow’s attempt to distance itself from the Iranian nuclear activities that violate the 2015 agreement to avoid the U.S. penalties. It comes after a U.S. announcement last month that the waiver allowing foreign companies to work at Fordo will end Dec. 15.

Russian Deputy Foreign Minister Sergei Ryabkov said that the U.S. pressure “created a difficult environment” for Russia and other participants in the pact. He said in remarks carried by the RIA Novosti news agency that Russia is suspending its participation in the project to “analyze the possibilities and potential negative consequences of the American measures” but not stopping it altogether.

The Russian announcement comes a day before consultations in Vienna between Iran and the world powers involved in the deal.

Russian officials have been walking a fine line on the issue, voicing concern about the Iranian decision while also describing it as stemming from the U.S. decision to spike the deal and raise pressure on Tehran.

Last month, Ryabkov, Russia’s point-man on the Iranian nuclear deal, insisted that the project at Fordo would continue despite the resumption of uranium enrichment, noting that the Iranian move is technologically reversible.

But in its statement, TVEL argued that uranium enrichment is technologically incompatible with production of medical isotopes.

It said that Iran would need to disassemble the centrifuges currently used to enrich uranium and decontaminate the room for the medical research project to continue. Iranian officials have said it could reverse its enrichment moves if Europe offers a way for it to avoid U.S. sanctions choking off its crude oil sales abroad.

The Russian company, which makes nuclear fuel components, said it had informed Iran of its decision.

There was no immediate reaction from Tehran.

Last month, Iran announced that it was resuming uranium enrichment at Fordo, a heavily fortified facility inside a mountain ringed by anti-aircraft batteries that has over 1,000 centrifuges.

Under the 2015 deal, Russia and Iran were supposed to work together to turn Fordo into a research center to produce radioactive isotopes of tellurium and xenon for medical use. It was monitored by the International Atomic Energy Agency, the U.N. nuclear watchdog.

The 2015 nuclear deal saw Iran limit its enrichment in exchange for the lifting of economic sanctions. The West feared Iran could use its program to build a nuclear weapon; Iran insists the program is for peaceful purposes.

The concern is that the more uranium Iran enriches, the sooner it will have enough material to make an atomic weapon. Analysts had put that lag time at a year if Iran abided by the 2015 deal’s restrictions.