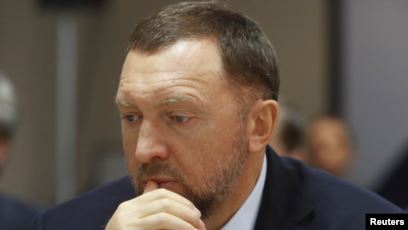 Cyprus said this month it had started a process to strip 26 individuals of citizenship they received under a secretive passports-for-investment scheme. Sources on the Mediterranean island had told Reuters its list of individuals to lose passports included nine Russians.

Politis named Deripaska, his son and his daughter among those whose Cypriot passports were rescinded.

Vladimir Stolyarenko and Alexander Bondarenko, former executives whom Russian authorities placed on an international wanted list on fraud charges, were also listed in the Politis report.

Deripaska’s spokespeople have not yet confirmed or denied the news.

Cyprus introduced a citizenship-for-investment plan in 2013. Under the program, foreigners who invest at least $2.2 million into the Cypriot economy can buy a passport and visa-free travel throughout the European Union.

In the five years from the beginning of the citizenship scheme to 2018, the Cypriot government approved 1,864 citizenship applications. Including family members, the number was more than 3,200, and is close to 4,000 today.

Deripaska, 51, was in 2018 put on the U.S. Treasury sanctions blacklist along with the largest companies in his portfolio for Russia’s “malign activities.” This spring, he sued the United States, claiming he was made a victim of the U.S. investigation into Russia’s alleged election interference.

Reuters contributed reporting to this article.