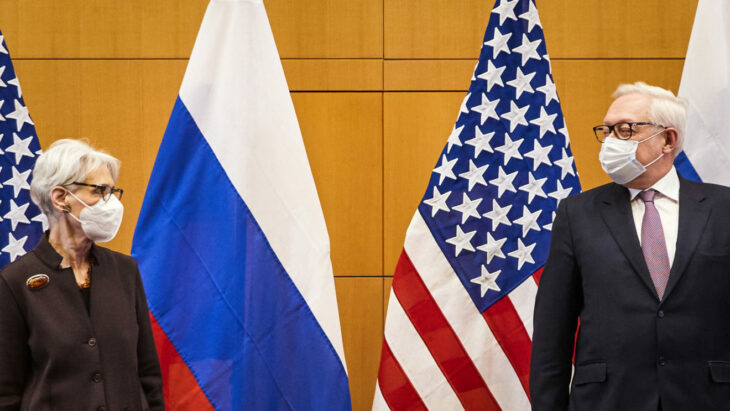 A day of diplomacy between the U.S. and Russia forestalled a new invasion or imminent military strike on Ukraine — at least for this week and perhaps even for months.

But in dueling news conferences at the end of roughly eight hours of talks in Geneva on Monday, the lead negotiators, Russian Deputy Foreign Minister Sergei Ryabkov and U.S. Deputy Secretary of State Wendy Sherman, set forth irreconcilable differences on key security issues that left an ominous specter of future conflict hanging over Europe.

In perhaps the starkest divide, Ryabkov again demanded hard guarantees that Ukraine and Georgia would “never ever” join NATO, and Sherman flatly rejected the idea, calling it one of several “non-starters for the United States.”