Russia on Sunday recorded its highest daily rise in confirmed coronavirus cases with 10,633 new cases, bringing the total to 134,687, with more than half… 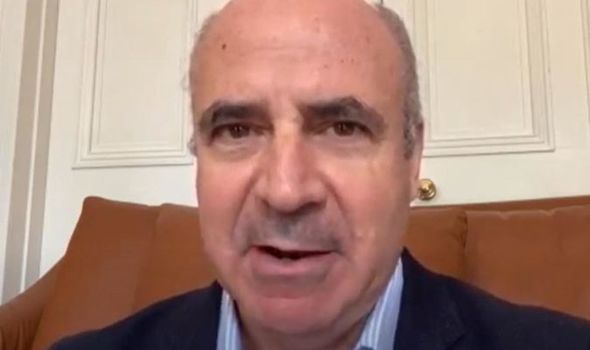 Russia on Sunday recorded its highest daily rise in confirmed coronavirus cases with 10,633 new cases, bringing the total to 134,687, with more than half of cases and deaths in Moscow. Bill Browder hit out at President Vladimir Putin for denying the effects of COVID-19 as he believes lack of border control allowed it to spread. He added they are ‘paying the price very profoundly’.

Speaking to Sky News, Mr Bowder said: “Russia did what many other countries or dictatorships have done, they denied it.

“Interestingly the people in Russia who were most likely to be exposed where the rich Russians who had been travelling to Italy and Switzerland.

“Those are the ones who came back and spread it around when Vladimir Putin said it wasn’t an issue and now we can see they are paying the price very profoundly.”

At this difficult time for frontline doctors and nurses, sign up here to show your support now to our brave NHS Heroes.

He continued: “The unfortunate thing about Russia is that it’s a country run by Vladimir Putin who is really a criminal and the people below him are criminals and they’ve stolen the money that should have been used on healthcare.

“As a result, other than certain hospitals in Moscow to serve the rich, the rest of the country has effectively nothing.

“It’s totally exposed and I’ve seen lines of ambulances, 25 vehicles deep into hospitals because they just don’t have enough beds.

“It’s a complete chaos and tragedy because most of the money was usurped.”

Russia has been in partial lockdown since the end of March to curb the spread of the virus. People in Moscow can leave home to visit the nearest food shop or chemist, walk their dog or throw out rubbish but need special passes for other activities.

President Putin has ordered the nationwide lockdown to remain in place until May 11 inclusive, when Russia finishes celebrating its Labour Day and World War Two Victory Day holidays.

Sobyanin said there had been progress in expanding testing, allowing the authorities to treat those in need more quickly.