Transcripts of phone calls that played a pivotal role in the Russia investigation were declassified and released on Friday, showing that Michael Flynn, as an… 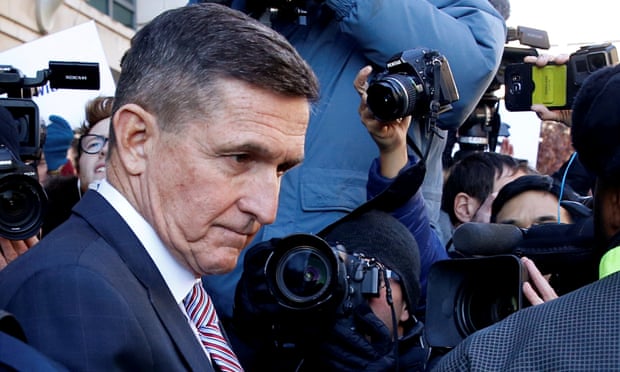 Transcripts of phone calls that played a pivotal role in the Russia investigation were declassified and released on Friday, showing that Michael Flynn, as an adviser to the then president-elect, Donald Trump, urged Russia’s ambassador to be “even-keeled” in response to punitive Obama administration measures.

Flynn also assured Sergey Kislyak “we can have a better conversation” about relations between the two countries after Trump became president.

Democrats said the transcripts showed that Flynn lied to the FBI when he denied details of the conversation, and that he was undercutting a sitting president while communicating about sanctions with a country that had just interfered in the 2016 election.

Allies of the president who maintain the FBI had no reason to investigate Flynn in the first place insisted that the transcripts showed he had done nothing wrong.

The transcripts were released by Senate Republicans after being provided by Trump’s new national intelligence director, John Ratcliffe, who waded into one of the most contentious political topics in his first week on the job.

Ratcliffe’s extraordinary decision to disclose transcripts of intercepted conversations with a foreign ambassador is part of ongoing efforts by Trump allies to release previously secret information from the Russia investigation in hopes of painting Obama-era officials in a bad light.

The transcripts are unlikely to significantly reshape public understanding of the contact between Flynn and the then Russian ambassador, a central moment in the Russia investigation.

They do show that the men did in fact discuss sanctions, matching the general description of the call provided in the 2017 guilty plea that Flynn reached with special counsel Robert Mueller’s team.

But the documents will unquestionably add to the partisan divisions of the case, which have intensified in the last month with the justice department’s motion to dismiss the prosecution.

Adam Schiff, Democratic chairman of the House intelligence committee, said in a statement that the transcripts show Flynn lied not only to the FBI but also to Vice-President Mike Pence, who stated publicly that Flynn and Kislyak had not discussed sanctions. Trump fired Flynn for misleading the administration and later acknowledged he pleaded guilty to lying to the FBI.

“These calls took place shortly after the Russian government interfered in the 2016 election in an effort to help Trump win, and Flynn was engaged in trying to mute the Russian reaction to sanctions imposed by the Obama administration over that very interference,” Schiff said.

But the Republican senator Chuck Grassley, one of those who released the transcript, said Flynn had done nothing wrong. The attorney general, William Barr, has similarly called the conversation laudable.

“Our justice system doesn’t work when one side holds all the cards,” Grassley said. “But this isn’t just about safeguarding access to justice; it’s also about exposing shenanigans and abuses of power by those entrusted to uphold and defend the law.”

Flynn’s attorney Sidney Powell tweeted that Flynn “should be applauded for asking for ‘cooler heads to prevail’ and trying to keep things on ‘an even keel’ – encouraging the mutual interest of Russia and the US in stability in the Middle East and fighting radical Islam”.

The documents show Flynn and Kislyak spoke multiple times between the time Trump was elected and took office. The call that Flynn pleaded guilty to lying about took place on 29 December 2016, the day after Barack Obama signed an executive order hitting Russia with sanctions for election interference.

Flynn urged Kislyak that any action Russia took in response to the sanctions be “reciprocal”.

The FBI interviewed Flynn about the call in January 2017. In that interview, according to a guilty plea reached with Mueller’s team, Flynn denied having asked Kislyak to refrain from escalating the situation over sanctions. He also said he did not recall a conversation two days later in which the ambassador intimated that Moscow had decided against an aggressive response to the sanctions.

“Your proposal that we need to act with cold heads, uh, is exactly what is, uh, invested in the decision,” Kislyak said.

The release follows the recent declassification by Richard Grenell, Ratcliffe’s predecessor as intelligence director, of names of intelligence and Obama administration officials who in late 2016 and early 2017 asked the National Security Agency to reveal to them the name of an American whose identity was concealed in classified reports. That American was revealed to be Flynn.

Names of US citizens are routinely redacted in intelligence reports that document surveillance of foreign targets, but US officials can ask to receive the identity if they believe it is vital to understanding the intelligence.

There is nothing unusual about unmasking requests, which have been more prevalent at the beginning of the Trump administration than they were at the end of the Obama administration. But supporters of Trump have suggested that the requests were made for political reasons.

The nature of those NSA reports remains unclear, and they were not among the documents released on Friday.