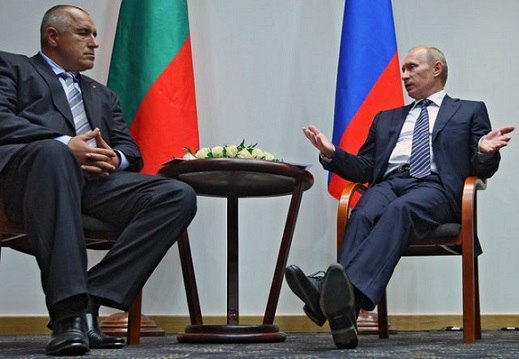 Russian President Vladimir Putin accused Bulgaria on Wednesday of deliberately delaying the building of Russia’s TurkStream natural gas pipeline on its territory and said Moscow could find ways to bypass Sofia if needed.

Russia is building TurkStream in two lines, with 15.75 billion cubic metres (bcm) annual capacity each; the first leg is aimed at supplying Turkey and the second one would run further from Bulgaria to Serbia and Hungary.

Russia plans to start the first line next month but the launch of the second one depends on building the requisite gas infrastructure by Bulgaria, Serbia and Hungary. TurkStream and Nord Stream 2 are essential for Moscow to continue gas exports to Europe as Russia wants to suspend transit via Ukraine.

Speaking at a joint news conference with Serbian President Aleksandar Vucic in the Russian Black Sea resort town of Sochi, Putin said Bulgaria was “deliberately” delaying implementing the TurkStream on its soil.

“If the Bulgarian leadership does not want it (TurkStream to run via its territory) we will find another ways to implement it in southern Europe,” he said, without elaborating.

Speaking to Bulgaria’s private BTV television, Borissov said his government was speeding the pipeline construction and invited Putin to visit and see for himself.

“Everyone has the right to seek alternative routes. We are looking for an alternative diversification. Besides, probably politically they are not very pleased that Bulgaria is such a loyal, strong member of NATO and the European Union,” he said.

“My answer to President Putin is that he is welcome to visit and see the speed with which we are building, averagely 5 km per day. We started late, because many procedures had to be carried out …We follow EU rules, that why it is certain that we will build it,” he said.

In September, Bulgaria signed a 1.1-billion-euro ($1.21 billion) contract with Saudi-led group Arkad to build the 474-km pipeline across its territory.

Sofia initially planned to have the pipeline built as early as January, but given that the contract with Arkad was signed only three months ago, it has pushed the timeline back to have it operational by the end of next May. Bulgaria plans to ship Russian gas partially using its existing infrastructure until the entire length of the new pipeline is ready by end-2020.