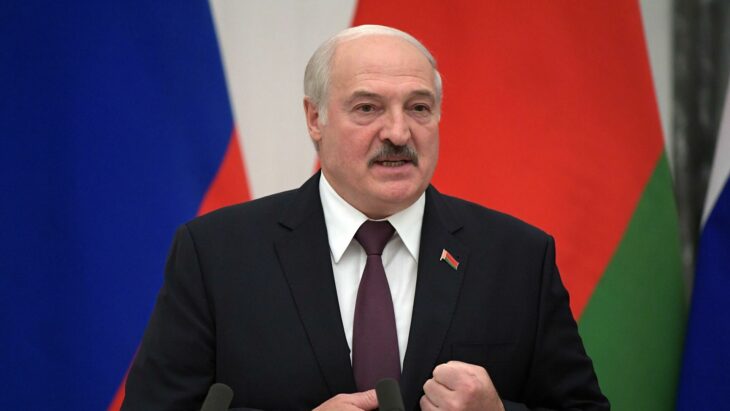 We, the participants of the 11thFree Russia Forum, express our categorical protest against the statement of Alexander Lukashenka, in which he actually recognized the lawfulness of the annexation of Crimea by Putin’s Russia, arguing that Crimea became de facto and de jure Russian. Moreover, Lukashenka went even further, declaring that he intends to visit the occupied Crimea together with the Russian dictator.

For a long time, Lukashenka, fearing for his power and trying to evade the takeover of Belarus by Russia, did not recognize the annexation of Crimea. However, having lost the presidential elections in Belarus and faced a powerful wave of protest after the falsification of the presidential elections and the actual usurpation of power, he realized that only the Putin regime could become his only salvation and without looking back he threw himself into the arms of his brother-dictator.  After that, Lukashenka no longer had any other choice but to recognize Crimea as Russian, thereby agreeing to the illegal annexation and occupation of the peninsula.

The Free Russia Forum has repeatedly expressed its position on the events that unfolded after the falsification of the presidential elections in Belarus and the actual usurpation of power, expressing its support for the Belarusian protest movement and not recognizing the legitimacy of the Lukashenka regime.

Lukashenka is not the legitimate president of Belarus.  He is a usurper who actually seized power and keeps it exclusively by force. His statements do not reflect the will of the citizens of Belarus and cannot give rise to legally significant consequences.  Lukashenka’s statement on the recognition of Crimea as Russian cannot be considered the official position of the Republic of Belarus.  After the actual removal of Lukashenka from power, these statements will be disavowed, and Belarus will again become a full member of the civilized world community.

At the same time, it should be noted that the dictatorial regimes that have entrenched themselves in Russia and Belarus are getting closer and closer, forming a single space of totalitarianism from Brest to Vladivostok.  These trends are reflected in the personal relations of both dictators and in the processes of ever deeper integration of Russia and Belarus within the framework of the so-called “Union State”, which cannot but cause concern.  The militaristic build-up now carried out by both dictatorships threatens not only the security of the citizens of Russia and Belarus but also the international community.

We are clearly facing the threat of a new big war.  Every day Lukashenka is in power increases the risk of such a war.

While it is still not too late, we call on the world community to respond as harshly as possible to Lukashenka’s latest statements and take concrete measures to counter the dictators who have gone crazy with impunity.

The Western world must finally realize that it has in its hands the most powerful instrument of pressure on the Putin and Lukashenko regimes by imposing harsh economic sanctions and seizing funds withdrawn by dictators and their associates outside Russia and Belarus.