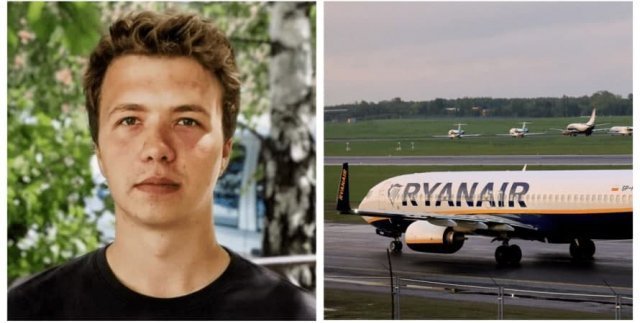 The Free Russia Forum expresses its categorical protest against the arrest of Roman Protasevich, co-founder and former editor-in-chief of the NEXTA Telegram channel.

The detention of Protasevich, which looked more like a pirate hijacking of an aircraft, and, in fact, is an act of international terrorism, clearly showed that there can be no negotiations and agreements with the Lukashenka regime, except for negotiations on his immediate resignation from power and the organization of a fair trial over him for numerous crimes committed by him and his security officials.

Starting with the gross falsification of the elections he lost, Lukashenka first demonstrated Pinochet’s methods of suppressing protests with mass beatings of people and humiliation of them in his dungeons, and today he demonstrates Stalin’s methods of forcing his victims to self-incrimination. In a modern, information-transparent world, regimes that imprison people for peaceful opposition activities, prohibiting all legal means of expressing dissent, simply cannot peacefully coexist with open societies. Squeezing the opposition out of their countries, they will inevitably transfer punitive operations against them abroad as well.

The distraught dictator Lukashenko, who did not receive a proper rebuff from the international community, switched from domestic terror to international terror, in fact seizing by force a civilian plane of a foreign airline en route from one EU country to another.

Obviously, this act of Lukashenka became possible thanks to the long-term policy of conciliation and “appeasement of the dictator” which was pursued by the international community and, above all, the European Union.

Hopes are illusory that the Russian dictator Putin will curb his presumptuous vassal, since his antics allegedly are not beneficial to Putin and create unnecessary problems in the light of the upcoming negotiations with the US President. Putin’s goal is precisely to assert the “right” of dictatorships to any action to suppress their opponents, both within their own countries and abroad, regardless of international norms and agreements. Putin has more than once demonstrated full support for the terror unleashed by Lukashenka and will continue to support it. He fully shares responsibility with Lukashenka for all his crimes. In its opposition to the international banditry of new dictatorships, the Free World can rely only on itself.

The time has come to understand that dictators take Western concessions solely as weakness, taking seriously only the language of power. Now, as never before, a clear, tough and principled position of the international community and, first of all, the European Union is required.

We turn to the leadership of all democratic countries of the world and the International Air Transport Association with the following practical proposals:

It is necessary to understand that Vladimir Putin will closely monitor the international reaction to the act of banditry by Lukashenka and build his future policy depending on the reaction of the international community. Only extremely harsh measures can have an impact on the regimes of Putin and Lukashenko and force them to abandon such pirate actions in the future.