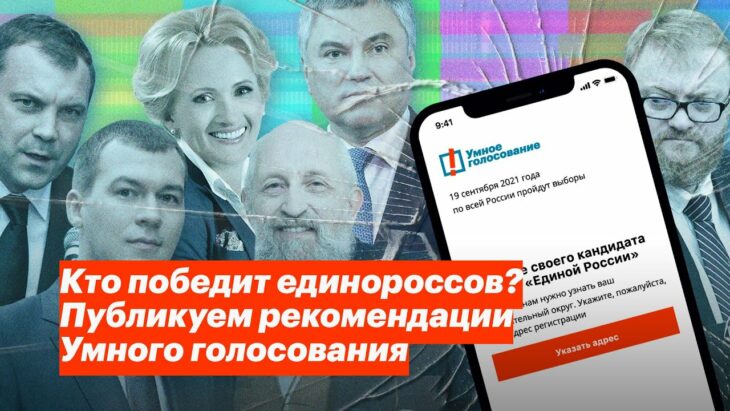 Jailed Kremlin critic Alexei Navalny’s team has published its long-anticipated roster of candidates it hopes supporters will rally behind to oust pro-Kremlin incumbents during this weekend’s parliamentary elections.

With virtually all of Navalny’s allies shut out from the ballot, his team says it is backing a total of 1,234 candidates for Russia’s lower-house State Duma and local assemblies in the polls starting Friday.

“Russia is holding elections to the State Duma from Sept. 17-19. [Pro-Kremlin ruling party] United Russia will try to stay in power for another 5 years,” Navalny’s YouTube channel said in an accompanying video Wednesday.

“We can prevent this with the help of Smart Voting, a strategy that allows you to combine the voters’ ballots against United Russia,” it said.

An overwhelming majority of challengers backed by Navalny’s “Smart Voting” online project across 85 Russian regions are members of the Communist Party, Russia’s second-largest bloc behind the pro-Putin United Russia.

They are followed by dozens of members of the nationalist Liberal Democratic Party (LDPR) party; the A Just Russia, For Truth and Patriots of Russia parties, both of which are represented in the State Duma; as well as a handful of veteran and up-and-coming parties without seats in parliament and self-nominated challengers.

Navalny started touting the “Smart Voting” strategy in 2019 after a number of independent and opposition candidates were barred from running for Moscow’s legislature. His team renewed their calls this year after Navalny was jailed on old fraud charges upon returning to Russia and his networks were banned as “extremist,” shutting his allies out of the race.

Russian authorities have since blocked dozens of Navalny-linked websites and attempted to block online tools that allow users to access Navalny’s “Smart Voting” app. Meanwhile, Russian courts are levying multi-million dollar fines on tech giants like Google and Apple for what the authorities are calling “election interference” due to their failure to delete “Smart Voting” apps and search results.

Navalny’s team had argued that it was holding off on publishing its full list of “Smart Voting” challengers until the last minute to keep the authorities from legally striking them off the ballot.

Though United Russia is reeling from low public approval ratings, members of the party founded by Putin are expected to maintain their supermajority and enact his policies virtually unhindered for the next five years.