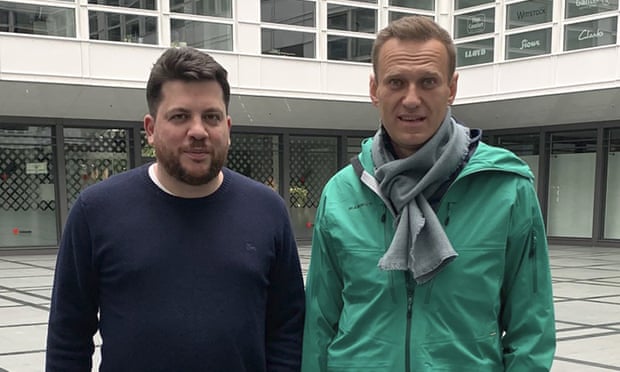 Aides to Alexei Navalny have said they will continue to push for new western sanctions against Kremlin-linked businessmen and officials, as Moscow brushes off the west’s response to the poisoning and jailing of the opposition politician.

In interviews, senior advisers to Navalny said they welcomed this week’s sanctions against Russian officials but they had hoped to see oligarchs and others who could influence Vladimir Putin’s decision-making also included.

“I’m not going to say that the first round was a false start,” said Leonid Volkov, an aide to Navalny based in Vilnius, Lithuania. “But clearly European decision-makers were being careful. Because this is the first time this [human rights] sanctions regime is being used.”

This week Volkov released a video appeal in which he said “sanctions against Putin’s oligarchs would be a maximally painful blow to the Kremlin”. EU and US sanctions announced on Tuesday targeted senior security and political officials as well as companies and research institutes tied to Navalny’s poisoning and imprisonment, but stopped short of including prominent businessmen seen as close to Putin.

“The list was not that big and it disappointed a lot of people but it did not disappoint us,” Volkov said. “The goal of this whole story is to create political pressure on Putin via his inner circle … Even if the oligarchs didn’t end up on this list but felt like they were on the line, that they’d narrowly escaped, that may be better. Because next time they may think they won’t escape.”

Volkov said he would continue to push for sanctions against oligarchs and court officials under a new European sanctions scheme targeting human rights abusers, something that didn’t exist last year when Navalny was poisoned with a novichok nerve agent while travelling in Siberia.

“Before the question was whether or not to impose sanctions … now the question is who is going to be on the list. That’s a move forward,” he said, adding that he believed future sanctions would be “more decisive. And they will happen.”

Volkov and others downplayed the overall role of foreign sanctions, saying they occupied “less than 10%” of their efforts and that they believed change would “only come from within [Russia],” where opposition rallies are expected to resume during the spring.

But the high-profile sanctions have kept Navalny’s name in the media at a time when he is especially vulnerable – being transferred to a prison, probably in Russia’s Vladimir region, in a process that supporters have warned is a “grey zone”.

Russia brushed off the sanctions this week, with a foreign ministry spokesperson warning the west: “Don’t play with fire.” Dmitri Peskov, a Putin spokesperson, said the sanctions simply copied restrictions that Russia already imposed on its top officials. “These people don’t travel abroad, don’t have the right to open accounts in foreign banks or own property abroad.”

Vladimir Ashurkov, the UK-based director of Navalny’s Anti-Corruption Foundation, said the personal sanctions against Russian officials appeared to be “symbolic”. Earlier this year he sent a list to the White House of more than 30 Russians including prominent businessmen, media personalities and relatives of senior security officials, some of whom Navalny had identified as priority targets for sanctions. Of those, just three were on this week’s sanctions lists.

“It would have been naive for us to assume that the list we sent would be adopted by governments,” Ashurkov said. “We see the psychological bias: if you’re in an uncomfortable situation, you want to delay tough decisions because maybe things will improve and we’ll always have this instrument. Of course sanctioning billionaires is tougher than sanctioning security people who never go to the US and don’t have assets there. But [delaying] these steps can lead you to an untenable situation.”

He singled out the UK for being resistant to imposing tougher sanctions, saying: “I really don’t understand their hesitation … it’s the political will, why can’t they act on it? I don’t understand.”

But he noted that tough new US sanctions under the Chemical and Biological Weapons Act were being “overlooked”, as they require the US after 90 days to impose tough measures against Russia that could theoretically include a ban on holding Russian sovereign debt, or a ban on flights run by Russian airlines.

Like others, he emphasised that Tuesday’s lists were only the first round of sanctions. “Whatever decision was made this week, it’s not the end of the story for sure,” he said. “We need to see this as part of an evolution.”