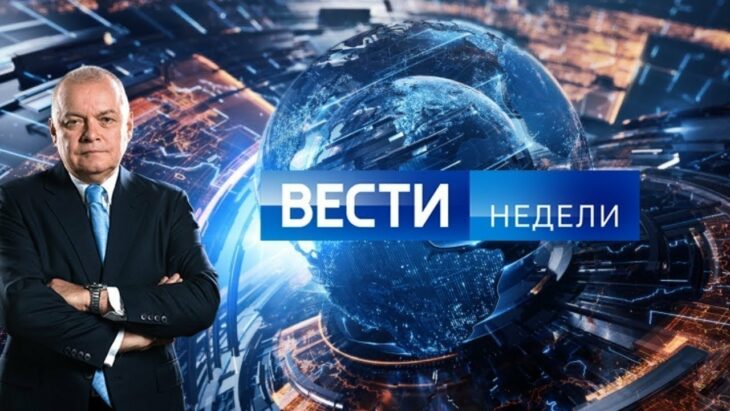 Russian state television has filmed what it called an exposé into opposition leader Alexei Navalny’s villa in Germany where he lived while recovering from nerve agent poisoning last year.

Accusing Navalny of enjoying the same luxuries that he himself accuses Putin of misappropriating, the Rossia 1 television channel’s “Vesti Nedeli” program fuses drone footage with a personal tour by the Freiburg villa’s architect. Its correspondent takes a dip in the villa’s pool, uses the “mudroom” misnomer for the boiler room (a nod to one of the Black Sea palace’s alleged rooms) and includes a close inspection of the bathroom.

“The toilet brush is here too,” the Rossia 1 correspondent says in reference to the alleged $700 Putin palace item that has become a symbol of the latest mass protests in Navalny’s support.

“It shines, but not that much.”

According to the segment, Navalny had spent an estimated 30,000 euros at the villa for his two-month stay there ahead of his Jan. 17 return to Russia.

The seven-minute spot in pro-Kremlin spin doctor Dmitry Kiselyov’s two-hour show accompanied another segment accusing Western intelligence agencies of financing Navalny’s video investigation, which has amassed more than 110 million views in the three weeks since it was posted.

“The goal was definitely to harm President Putin personally as the country’s leader, and Russia itself as a result,” Kiselyov said, echoing the Russian authorities’ claim that Navalny is a foreign agent.

The “Putin’s Palace”-esque exposé comes days after a Moscow court sentenced Navalny to almost three years in prison for violating probation in a 2014 fraud conviction while he was recovering in Germany. European scientists concluded that Navalny had been poisoned last August with the Soviet-era Novichok nerve agent, an act the opposition leader claims was carried out on Putin’s orders.

According to an independent Levada Center poll published Monday, 26% of Russians watched Navalny’s investigation into Putin’s alleged palace, with 17% of Russians who knew about the video saying it worsened their opinion of Putin.

Russia’s foreign and emergency ministries have meanwhile launched TikTok accounts over the weekend, with the Foreign Ministry’s first posts ridiculing Navalny for questioning the safety of Russia’s Sputnik V coronavirus vaccine in August 2020.