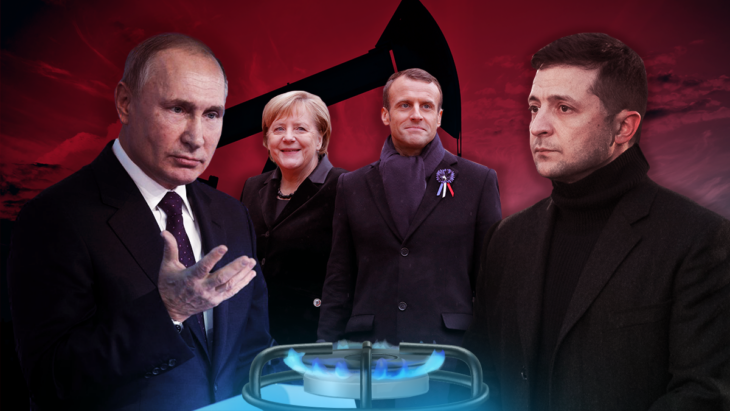 Ukrainian and Russian leaders will try to seal a ceasefire in eastern Ukraine and agree on prisoner swaps when they meet next week, but with Kiev politically constrained and Moscow unlikely to bend, the prospects for peace remain bleak, diplomats said.

Volodymyr Zelenskiy and Vladimir Putin hold their first face-to-face talks on Dec. 9 in Paris with the French and German leaders more than three years since the countries’ heads of state last met. It comes after a slight easing of tensions, reported Euronews.

Over 13,000 people have been killed in the more than five-year-old conflict in east Ukraine between pro-Russian separatists and Ukrainian government forces. There has been little sign of a peaceful solution despite a ceasefire agreement signed in February 2015 in Minsk.

Zelenskiy won a landslide election victory in April promising to end the simmering conflict, but facing pressure from his opposition, he is wary of conceding too much to Moscow.

“If we start discussing the real political, military and security issues, namely, withdrawal of some troops on the line of contact, the question of local elections and the status of Donbass region, you see that the two leaders don’t have a lot of room for manoeuvre,” said a senior French diplomat.

Relations between Ukraine and Russia collapsed following Moscow’s annexation of the Crimean peninsula in 2014, which prompted Western sanctions.

Key to the accords are elections in Donbass, but both sides accuse each other of failing to stick to the deal, which also includes restoring Kiev’s control over the whole border with Russia and the withdrawal of heavy weaponry from the conflict zone.

“Our main expectation for #NormandySummit and any other formats is what I call #RUxit – we want Russiа and Russian forces to leave Ukraine,” Ukraine’s Foreign Minister Vadym Prystaiko said on Twitter on Tuesday.

Vladimir Frolov, a former senior Russian diplomat, said he saw little chance of a major breakthrough in Paris describing the positions as irreconcilable.

“Zelenskiy is going to hit two walls, one in Paris and one afterwards – the wall of Russian intransigence and the wall of Ukrainian public unwillingness to endorse humiliating compromises with Russia,” Frolov said.

“Moscow does not care about sanctions relief, it cares about meeting its strategic objectives in Ukraine … and a confederate Ukrainian state that Kiev does not fully control,” he said.

The summit also comes within the wider context of Europe’s relations with Russia. French President Emmanuel Macron has sought a reset with Moscow, something that has unnerved eastern European Union partners.

“It can’t just be about Ukraine. It has to be about the Russia-West-U.S. conflict otherwise the Russians don’t have the incentives to resolve things because Ukraine is too valuable a chip,” said a former senior U.S. official.