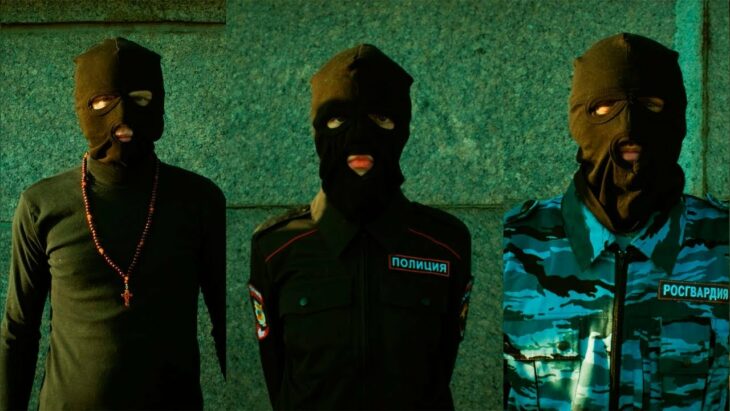 Max Otto dressed three actors in the guise of three key government institutions — a priest, a policeman and a National Guard soldier — before covering their faces in black balaclavas. The uniforms were then stripped away, with the actors revealing their true selves in plain white T-shirts and pants.

The performance comes after more than 3,000 people were detained in Moscow during a wave of election protests that swept the capital in July and August, provoking widespread anger against heavy-handed police.

“We’re cleaning these uniforms of their external attributes — [the ones] which divide people into them versus us — and we unleash the white shirt, which holds all humanity together within us,” the artist wrote in his manifesto.

But Otto also called for similar authority figures to place their own compassion and sense of justice above the commands of their superiors. He dedicated the actors’ “white uniform” to the “victims of political repressions”.

At the end of the performance, the actors empty three buckets full of paint into the Neva river, recreating the colours of the Russian flag.