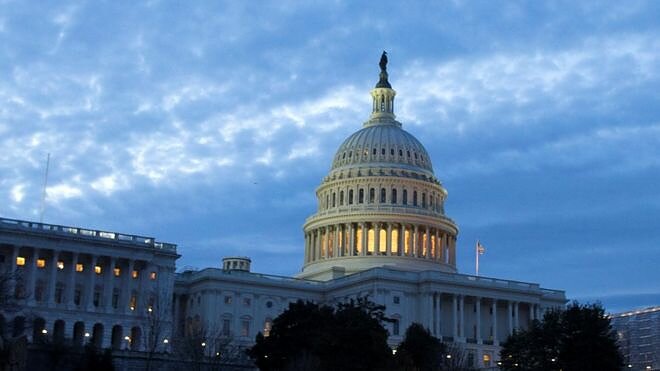 A Senate panel will take up discussion of a hard-hitting Russia sanctions bill at its next business meeting after skipping a vote earlier this month on the controversial legislation, reported RFE/RL.

The Senate Foreign Relations Committee will debate the Defending American Security from Kremlin Aggression Act — described by Senator Lindsey Graham (Republican-South Carolina) as the “sanctions bill from hell” — along with an amendment at its December 18 business meeting, according to the committee’s website.

The bipartisan bill, known by its acronym DASKA, seeks to impose sanctions on Russia for its interference in democratic processes abroad as well as its “malign” actions in Syria and aggression against Ukraine.

The bill would also establish an Office of Cyberspace and the Digital Economy within the Department of State. The new office would “lead diplomatic efforts relating to international cybersecurity, Internet access, Internet freedom, the digital economy, cybercrime, deterrence, and responses to cyber threats,” according to a statement earlier this year by Senator Bob Menendez (Democrat-New Jersey), a co-sponsor of the bill.

The Senate committee delayed a vote on the legislation at its December 11 meeting though it did pass two related bills that encourage NATO allies to diversify their energy sources away from Russian oil and gas as well as set aside $1 billion to finance energy infrastructure projects — such as LNG terminals — that would help Central and Eastern European countries achieve that objective.

Separately, Congress included earlier this month legislation into the 2020 National Defense Authorization Act (NDAA) to sanction Russia’s Nord Stream 2 gas pipeline to Germany. The NDAA is expected to be signed into law this week, potentially halting the pipeline’s completion.

Even if DASKA is passed by the committee, the legislation must still pass the full Senate and House of Representatives before it can be sent to Trump to sign into law or veto.

Trump, who has expressed a desire to build closer relations with Russia, has been reluctant to sign more legislation imposing sanctions on the country. The U.S. president last week met with Russian Foreign Minister Sergei Lavrov to discuss bilateral relations.

Secretary of State Mike Pompeo, who held a joint press conference with Lavrov prior to his meeting with Trump, said he hoped to soon announce “significant progress” on economic relations with Moscow.