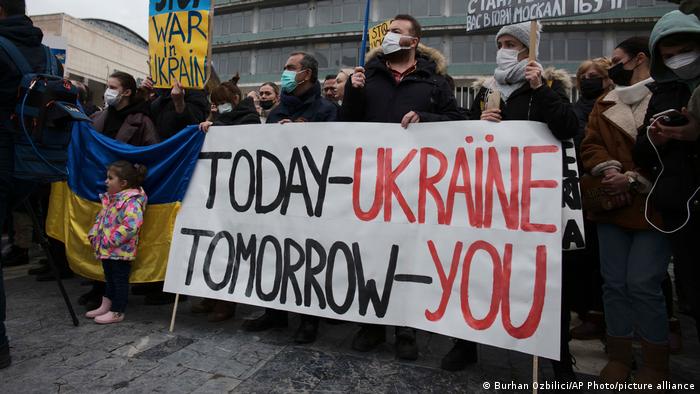 For years, the West ignored the warnings of the Russian opposition about the essence of the Putin regime, which has increasingly shifted from a policy of suppression of Russian society to undisguised foreign policy aggression.

The results of this policy of appeasing the aggressor are well known. First, Putin unleashed a war in Georgia in 2008, then he decided to annex Crimea and unleash a real, but at that time still local war in Ukraine in 2014.  Failing to meet real resistance to these acts of foreign policy aggression, a few years later, the Putin regime started a major war against Ukraine.

In waging this war now, Putin is convinced of his impunity, that he can frighten the West with the threat of a nuclear war, thereby depriving Ukraine of the Free World’s vital support for it. He backs up his threats with real blackmail, giving the order to attack a nuclear power plant in Ukraine.

It is time to understand that Putin will never rest on his laurels. If he manages to seize Ukraine, then the next victims of his aggression in an attempt to restore the USSR may be the Baltic countries – NATO members, and after them, perhaps other countries. In this case, it will not be possible to avoid the Third World War. We need to stop Putin now.

We call on Western countries, primarily the United States, to drastically increase their military presence in the region. If Putin wants a confrontation, it is inevitable. Therefore, it is now very important that NATO resources be fully prepared for any provocation. This may affect those generals who issue criminal orders, as they are well aware of the real risks of a potential clash with NATO forces.

The West has already realized that it is in a state of war with Putin, which is still being waged by political and economic methods. However, it is still necessary to prepare for the worst, since a dictator driven into a corner may, in desperation, decide on a direct military clash with NATO.  It is necessary to be ready for such a development of events.