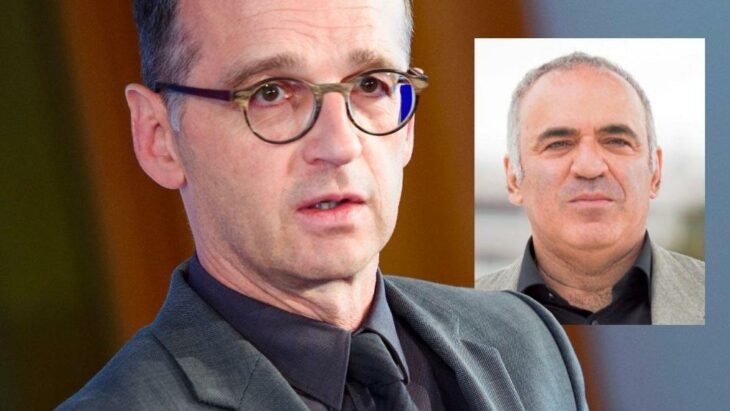 On June 25, the Council of Europe restored Russia’s voting rights, which had been suspended after Russia’s illegal annexation of Crimea in 2014 and subsequent invasion of Eastern Ukraine. You were a proponent of the move, an important endorsement considering Germany’s outsized influence in Europe. After the decision was announced, you said, “This is also good news for Russian civil society. Russians must continue to have the opportunity to seek justice at the European Court of Justice.”

I was shocked, and unable to withhold a profane response to you on Twitter, speaking for the many exiled members of Russian civil society, forced to leave Russia under threat of prosecution and violence, as so many of my colleagues and countrymen have suffered.

While I ask for your understanding for my harsh language, I neither regret nor retract it. After twenty years of Vladimir Putin’s increasingly brutal rule, Russian civil society barely exists. Using them as a pretext for appeasing Putin is revolting.

On July 27, one month after your remarks, peaceful Russian protests against the removal of opposition candidates from upcoming election rolls led to the largest mass arrests and police violence since the fall of the Soviet Union. Many dozens were beaten by riot police for simply trying to march. Over a thousand people have been arrested, and statements by Putin’s political and law enforcement leadership have made it clear that they don’t consider it an overreaction. Moscow mayor Sergey Sobyanin praised the police—whose violence was captured on video. Prosecutor General Yuri Chaika exhorted his district attorneys to do whatever must be done to “uphold public order.” Attorney General Investigative Committee chief Alexander Bastrykin announced opening a case for criminal prosecution of “mass disorder”, with penalties up to 15 years in prison. It is apparent that the harshest measures will be used to prevent even the hint of free and fair elections in Russia.

No, no, no, and no. So the Council’s real motivations remain a dark mystery. The ability of a few Russians to pursue “justice” in Europe’s court is a cruel hoax. What about justice for tens of millions of Russians? They will have no hope as long as Putin is in charge, and the Council’s actions—and statements like yours—entrench Putin even further. Worse, they give him a green light for further abuses in Russia because he knows he has collaborators like you who will do his bidding regardless.

Putin wants to participate because it’s worth the occasional payment from a lost case in order to destroy the credibility of Europe’s institutions. Russia’s presence makes a mockery of the Council’s standards of human rights, just as Putin intends. It exposes Europe as hypocrites who only talk about justice and democracy until a new gas pipeline comes along.
Putin has to buy loyalty and he’s found willing partners like you in Germany and in the rest of Europe. He’s using both political capital in institutions like PACE and real capital with projects like the Nordstream 2 pipeline with Germany. Your money is directly funding Putin’s police state as well as his propaganda and war machine. The political and economic engagement you use as an excuse to make profitable deals with Russia doesn’t modernize or liberalize Russia; the flow goes the other way. Russia’s biggest export isn’t gas or oil, it’s corruption.

The only real pressure on Putin comes from threatening his grip in Russia. The only true reform will be Putin’s departure. On June 25, I spoke to you representing Russian civil society in exile. Now Russian civil society inside Russia speaks to you as well—from a thousand jail cells built with your assistance. Opposition leader Alexei Navalny is in one of them, suffering at this moment from a sudden “allergy” that afflicted him behind prison walls.

I saw the Council’s meek statement on the protests and arrests, more words in the wind now that they gave Putin what he wanted. Your June 25 statement continued, “It is now important that we develop a mechanism that enables us to sanction countries in line with the Statute if they are in breach of duty.”

Putin has called your bluff, as he always does. Putin heard your good news. Now I would now like to hear from you.