How the mobilization will affect Russia’s economy and the Kremlin 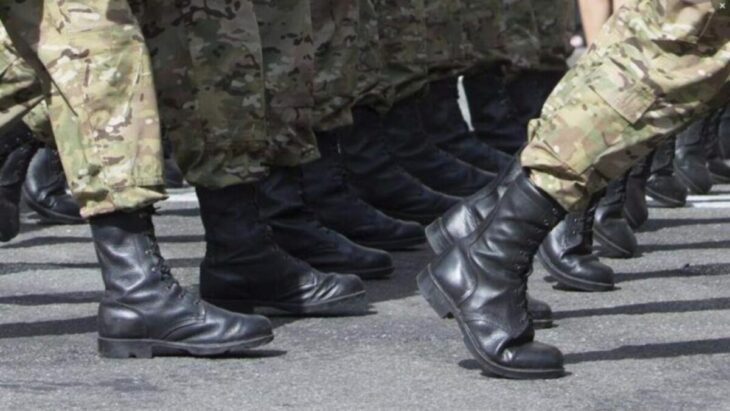 Over the last few years, everyone and their mother has made use of the cliché phrase: “We woke up in a different country.” The usurper’s “zeroing out” in the Kremlin, Alexei Navalny’s arrest, Russia recognizing the sovereignty of separatist “republics” in the Donbas, Russia’s invasion of Ukraine – all of these events were met with a similar response. However, today is probably the day we should acknowledge that none of the occasions deserved the assessment, compared to the mobilization announced on September 21, which became a true milestone, splitting Russia’s modern history into «before» and «after» and beginning the final countdown of the Putin era.

I will refrain from delving into the moral aspect of the matter to wonder if the initiated genocide of Russians will turn the tables on the Ukrainian front or immerse into history to compare the current mobilization to previous ones. Instead, I’ll limit myself to assessing its economic implications, which will not go unnoticed by anyone in Russia – of that I’m certain. The mobilization will sharply accelerate the economic crisis caused by the very fact of Russia invading Ukraine.

What we know about the mobilization comes from Kremlin officials (not much) and ordinary Russians (way more). The authorities have reported plans to call up 300,000 citizens, mostly with relevant military occupational specialties and combat experience, within very specific age limits, by issuing them summons through military enlistment offices. According to ordinary Russians, however, individual districts in Central Russia have been ordered to produce up to 800 recruits each, while other regions expect to mobilize up to 20,000 men, which confirms leaked data on the mobilization target set at one million or even 1.2 million people. Notably, summons are being served to people from a wide range of age groups and educational backgrounds, while military enlistment officials, police, and the Russian Guard have started all-out raids, rounding up men on streets, on the subway, or at roadside traffic police stations. This “Russian-style” mobilization harbors truly catastrophic risks for the national economy.

Technically speaking, if we were to assume that the vast majority of Russians welcome the prospect of getting killed or disabled in Ukraine while defending the interests of Putin’s bureaucracy, the situation does not resemble an emergency. It is easy to pick 300,000 or even 1 million volunteers out of 10 million patriots without the economy even noticing.

By official estimates, Russia has 3.1 million unemployed, 700,000 private-sector security guards, at least 100,000 personal drivers, 80,000 deputies of various levels, and many more individuals whose economic input is just as questionable. The headcount of large Russian enterprises exceeds that of their Western counterparts manifold. The Russian Railways, which has been exempted from the mobilization, employs 774,000 people – as many as all European railways put together, with only one-seventh of their combined revenue. Nevertheless, this would work on two conditions: if Russian citizens were willing to go to war and if the Russian state knew its limits and observed at least a basic level of legitimacy.

Since neither condition is fulfilled in today’s Russia, there is no use trying to assess the economic damage caused by depriving it of one million employees. The problem lies elsewhere.

It has become apparent that, while the government wants to treat its population like cattle, there are certain restraints: mostly, the expectation of a pushback. This explains the disproportionately active mobilization in remote regions, rural areas, and small towns. We have seen cases in the Russian Far East, Buryatia, and Yakutia when almost half of the community’s male population is rounded up and brought to enlistment stations. As a result, the already stagnant local economy will be pushed to the brink of collapse, leaving thousands of households without their livelihood and burying local small and medium businesses. From my perspective, while the Russian GDP was expected to slump by 4-5% before the mobilization, today even my spring forecast of a 10% plunge looks overly optimistic.

While the Russian GDP was expected to slump by 4-5% before the mobilization, today even my spring forecast of a 10% plunge looks overly optimistic

Admittedly, Russia has lately been an economy of big cities and large corporations (with Moscow alone accounting for over 20% of the GDP), but there is another factor at play. Unlike docile villagers, “sophisticated” dwellers of megacities are reluctant to fertilize Ukrainian soil with their bodies. Tens of thousands are on the run (and I don’t mean those storming border crossing points; their flow will be curbed once martial law is imposed and the borders are closed) in their own country. People avoid staying at their registered place of residence; the number of men in the public spaces of regional urban centers has dropped manifold, and so has interregional travel. We are not quite back to COVID lockdown numbers, but we are on a fast track to reaching them.

In the next few days, we should expect military enlistment officers to start looking for potential recruits at work instead of trying to catch them at home, which will deliver the ultimate blow to the economy. Several million people will choose to resign instead of ending up in the armed forces. Meanwhile, large cities have more efficient economic entities, which means that losing even a handful of employees could do disproportionate damage to a company. The temporary “disappearance” of at least three or four million people from the legal labor market will hardly go unnoticed. Therefore, I’d venture to assume that the Russian GDP will drop by at least 4-6% in October as compared to August, and the next few months will only reinforce the trend.

Naturally, the nationwide introduction of martial law will drive up corruption throughout the entire public sector (one could cite the joke about military enlistment officers trying to make it into the Forbes list), which will undermine what’s left of business initiatives in Russia. Moreover, mobilization is also a costly effort because it signifies the government’s focus on continuing the war indeterminately, which takes a lot of money. It is no coincidence that, in parallel with the “referendums” on occupied territories and the announcement of mobilization, the powers that be turned their minds to taxation: the Kremlin intends to up the taxes for key industries (to levy almost 1.4 trillion rubles in energy export tariffs and duties alone next year) and social insurance charges (by up to 15% since 2023, which appears to have resulted from the merging of the Pension Fund and the Social Insurance Fund).

There can be little doubt that every ruble of the taxes levied will result in the GDP losing two or four rubles, as the economy will rapidly withdraw into the shadows, following its “disappearing” workers and fleeing from the state’s cupidity. In such a setting, a decrease in demand is a given: living standards will have dropped by 5-7% by the end of the year, simply because the mobilized will receive only virtual income (at least for the first few months), while millions of those unwilling to serve will have withdrawn into the informal economy, lowering the aggregate income. Taxes collected from businesses and individuals will be nothing but liability for social wellbeing because this revenue will be spent on military equipment that burns so well in the Ukrainian steppe and army supplies, which will mostly be embezzled before reaching the projected beneficiary.

And that’s not to mention the heavy blow Russia will sustain in the financial sector. In the summer of 2022, following the slump caused by the beginning of the war, Russia’s lending market was starting to look up again, with Russians taking out twice as many mortgages in July as in May. Today, it feels almost inappropriate to discuss future demand for housing (unless military enlistment officers and their families step forward) in a country where at least one in ten economically active men is either mobilized or busy evading it.

Naturally, the recent developments have also impacted the stock market, driving the MOEX Russia index down by 15.5% in the last week alone with the possibility of pushing it below 1,500 points before the year runs out. Investment (except public defense spending) will also begin to shrink rapidly, setting the trend for 2023: the anticipated GDP decrease that I would set as low as 7-8%. All that on top of the imminent new wave of sanctions, which the West will announceshortly to squeeze Russia off global energy markets in a much more decisive way than expected and impose a new tranche of restrictions on its supplies of critical products. Parallel import, for which the Kremlin still has big hopes, could fizzle out, either because Russia blocks its borders to support the mobilization effort or because several states stop accepting MIR bank cards as part of new financial restrictions. I would say that in the mid-term (in three to five months), the overall financial effects of the mobilization will beat those of the invasion itself.

However, this will not be the end of it; in two or three months (I might be underestimating the prowess and decisiveness of Ukrainian patriots), tens of thousands of coffins will start their journey from Ukraine back to Russia. Instead of inmates recruited by Wagner or those who’d voluntarily signed a military contract and had been dead to the world ever since, they will be carrying the bodies of those who had been making plans as late as on September 1, merrily sending their kids to school. At that moment, the genocide of able-bodied, mature men unleashed by Putin will elicit a response from Russian women, ranging from despair to uncontrollable outrage. Yet another wave of crisis will rise – against the backdrop of the government’s credibility zeroed out even more reliably than Putin’s presidential terms in 2020.

It is the broad “female revolution” that will pose the biggest threat to the authorities in the ongoing war with Ukraine since Russian men have mostly lost their self-preservation instincts and the ability to stand apart from the crowd; meanwhile, women can clearly see what a horrifying future the balding Kremlin dwarf has in store for them. Under the new circumstances, no orphan allowances or white Ladas for families of the fallen can stop the intensifying rebellion.

Announcing the mobilization (and not on the “special military operation” as such), Putin effectively terminated his social contract with the nation. Today, it has become clear that, on the one hand, the population has been stripped of personal freedoms, which the Kremlin had been advertising for the last twenty years to balance out the shrinking or even non-existent political freedoms; on the other hand, servile obedience to the government and non-intervention into politics does not ensure any economic growth.

A realization is in order: the repartition of national wealth through embezzlement and corruption rampant in the last twenty years has nothing on its annihilation in the aggressive war Russia is waging today. The largest amount to be confiscated from a public official or securocrat (Colonel Zakharchenko’s case), which once outraged the Russian public, is the equivalent of six hours’, and the cost of “Putin’s palace” revealed in Navalny’s investigation, of two days’ worth of Putin’s delusional attack on Ukraine (which, as it is now clear, will only become more costly with time).

Two years ago, I argued that the 2020s will become “a time of terror and pure authoritarianism” for the Russian government, assuming that such tools of dominance could keep Putin in power throughout the decade. Today, I have to change my forecast: the madness has reached such a scale that it cannot be maintained even for a few years.

As I wrote early in March, “the Russian economy will be dead by winter,” and now it feels like I was right…