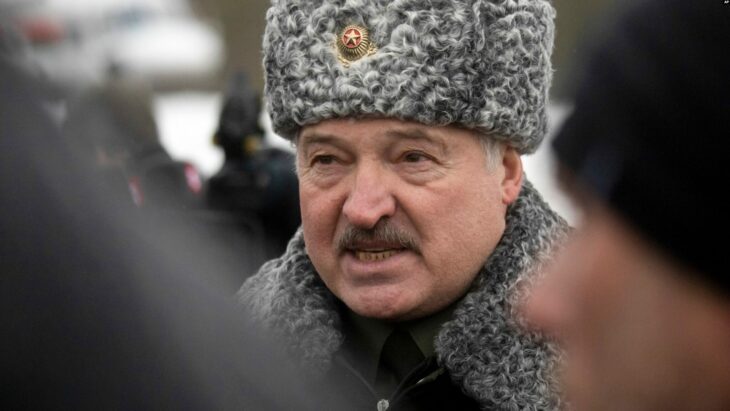 Brief #1: How Far Will EU Sanctions On Belarus Go?

What You Need To Know: In early January, European Commission President Ursula von der Leyen announced that the EU would soon come up with a new package of sanctions on Belarus to punish the country for supporting Russia’s war in Ukraine. No new proposals have yet to be introduced, even though the first talks among EU member states — known as “confessionals” — started over the weekend.

The working assumption among Brussels diplomats is that the new measures on Belarus will be part of the bloc’s 10th sanctions package on the Kremlin. It could be ready for approval around the first anniversary of Russia’s full-scale invasion of Ukraine on February 24.

Belarus has long been targeted by various restrictive measures by the EU, starting with five separate sanctions packages slapped on Minsk after the crackdown on people protesting the fraudulent presidential election in August 2020 and, a year later, the forced landing of a Ryanair flight in Minsk to arrest a journalist, Raman Pratasevich, and his partner, Sofia Sapega.

The restrictive measures were further tightened after what the EU claimed to be the Belarusian authorities’ active participation in organizing illegal border crossings through Belarus to the EU of nationals from the Middle East and North Africa in late 2021.

These sanctions mainly included asset freezes and visa bans on up to 200 individuals, including the country’s authoritarian ruler, Alyaksandr Lukashenka, and his inner circle. There have also been other measures, such as a ban on Belarusian airlines flying over EU airspace and landing at EU airports.

Deep Background: When Russia invaded Ukraine in February 2022, Brussels quickly acknowledged Minsk’s role and included Belarus in some of the first rounds of sanctions targeting the Kremlin — even though those measures were always tougher on Moscow. The EU moved to impose trade restrictions in industries such as wood, cement, iron and steel products, and rubber. Potash, one of Belarus’s main exports to Europe, was also targeted with the sanctioning of its biggest potash producer, Belaruskali.

On top of that, several Belarusian banks were hit, including the country’s central bank. It also became illegal in the EU to accept deposits exceeding 100,000 euros ($109,000) from Belarusian nationals or residents.

Yet, the last sanctions imposed by the EU on Belarus were in June 2022 and, since then, the bloc has enacted numerous other measures on Russia, including three additional rounds of sanctions. This despite calls from hawkish EU member states such as Lithuania and Poland that the measures against Moscow should be “mirrored” on Minsk.

Brief #2: Looking Ahead To The EU-Ukraine Summit In Kyiv

What You Need To Know: In early February, many of the EU’s key players will descend on Kyiv.

Firstly, on February 2, von der Leyen will take the majority of her 26 commissioners to the Ukrainian capital to meet with the Ukrainian government. The next day is the annual EU-Ukraine summit, in which European Council President Charles Michel will accompany von der Leyen and EU foreign policy chief Josep Borrell — along with an enormous security detail.

The aim is for Brussels to show its support and solidarity with Ukraine, as the country is facing increased Russian attacks in the east, and to encourage Kyiv to continue the reforms needed for eventual membership in the EU.

Deep Background: The EU will bring to Kyiv some “deliverables,” even though many of them already will be announced by the time of the summit. The first tranche of 3 billion euros in macro-financial assistance to Ukraine was disbursed recently, with an additional 15 billion euros due in the course of 2023.

With stories about countries sending heavy weaponry dominating the news, the EU will also announce another 500 million euros of military support to Kyiv, bringing the total since the war began to 3.6 billion euros. In the grand scheme of things, it is not a huge amount, especially when compared to the United States’ spending of $27.5 billion. But considering that the EU money comes from the common coffers and that the union has never before directly armed a third country, it is significant, nonetheless.

Brussels also hopes that, by then, it can announce that 3,000 Ukrainian soldiers have been trained on EU territory since it launched a training program last fall across the bloc. https://www.rferl.org/a/wider-europe-jozwiak-eu-ukraine-military-kosovo-visas/32087041.html Then there’s the EU’s assistance for the estimated 8 million Ukrainians who have fled the country over the past year and are now living in the bloc. The Temporary Protection Directive — which allowsthem to stay and work in the EU — was recently extended to March 2024.

EU foreign ministers gather in Brussels on January 23, and one of the decisions they are set to take will be to green-light a new civilian EU mission to Armenia. The EU employed 40 observers in Armenia between October and December 2022, but the idea now is to have a larger mission (around 100 people) ready to start in February that will cover the whole (de facto) territory of Armenia for two years. According to an EU document seen by RFE/RL, the mission should play “a significant role in supporting efforts toward the normalization of relations between Armenia and Azerbaijan.”

And last but not least, there’s likely to be plenty of talk this week about price caps. Firstly, the EU and countries such as Australia, Canada, Japan, and the United States will review the price cap on Russian crude oil that was set at $60 per barrel in early December. Considering that the current market price is lower than $50, there might be a push to lower that cap. From February 5, there will also be a new price cap introduced — with the price still to be set — on other Russian petroleum products such as diesel and kerosene.

That’s all for this week. Feel free to reach out to me on any of these issues on Twitter @RikardJozwiak or on e-mail at jozwiakr@rferl.org.

If you enjoyed this briefing and don’t want to miss the next edition, subscribe here. It will be sent to your inbox every Monday.

And you can always reach us at newsletters@rferl.org.