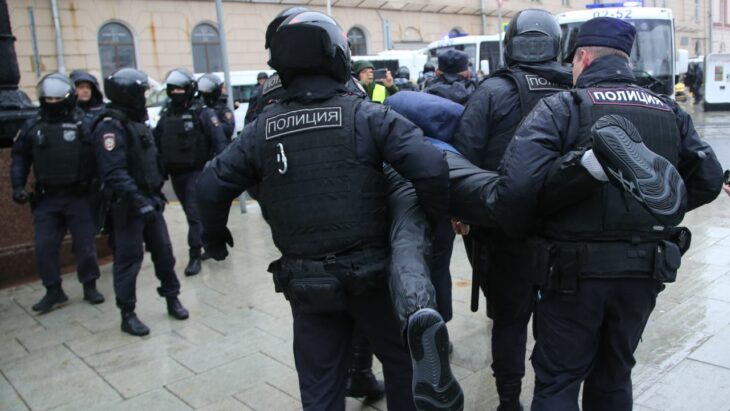 Heated protests have broken out in some ethnic minority regions in Russia against Vladimir Putin’s mobilization orders, with activist groups and Ukrainian officials saying these minorities are being disproportionately targeted for conscription in the war.

Several videos posted to social media, which CNN geo-located to the predominantly Muslim region of Dagestan, show women in the capital Makhachkala pleading with police outside a theater.

“Why are you taking our children? Who attacked who? It’s Russia that attacked Ukraine,” they can be heard saying in the video. Groups of women then begin chanting “No war,” as the police officer walks away.

In other confrontations in the city, police can be seen pushing back against the protesters, with people being violently detained by police while others flee on foot.

The independent Russian monitoring group OVD-Info reported that several arrests were made, including that of a local journalist who was reporting on the day’s protests.

Makhachkala Mayor Salman Dadayev called for calm Sunday, urging people not to “succumb to the provocations of persons engaged in anti-state activities.”

“I urge you not to commit illegal acts, each of which will be assessed by the law enforcement agencies for legal consequences,” said Dadayev, according to Russian state news agency RIA Novosti.

In another video, filmed in the town of Endirei in Dagestan, a police officer is seen shooting his rifle into the air in an apparent attempt to disperse a crowd of protesters.

The protests come after Putin declared last Wednesday that 300,000 reservists would be drafted under an immediate “partial mobilization,” in a bid to reinforce his faltering invasion of Ukraine.

Though Russian authorities have said it would only affect Russians with previous military experience, the decree itself gives much broader terms, sowing fear among Russians of a wider draft in the future – and the implications for ethnic minorities.

“Since mobilization started, we are actually seeing a much greater push to get people from those (ethnic minority) republics to go to war,” said Anton Barbashin, the editorial director at Riddle Russia, an online journal on Russian affairs.

“Mobilization there seems to be in much greater disarray – people are being grabbed from universities,” told CNN. “It’s already starting to make people question the policy, like in Dagestan.”

“On the territory of the occupied Crimea, Russia focuses on the Crimean Tatars during the course of mobilization,” said Representative Tamila Tasheva on Ukraine’s Parliament TV Sunday. “Currently, thousands of Crimean Tatars, including their families, are leaving Crimea through the territory of Russia mostly for Uzbekistan, Kazakhstan.”

“I know, since the start of this bloody war, ethnic minorities who live in Russia suffered the most. The Buryat Mongols, Tuva Mongols and Kalmyk Mongols have suffered a lot,” he said. “They have been used as nothing more than cannon fodder.”

Anti-mobilization protests have spread across the country, with more than 2,350 people arrested since the announcement, according to OVD-Info.

At a protest in the far eastern city of Yakutsk on Sunday, a crowd of women chanted, “Give back our grandfathers!” Some residents in Sakha Republic, where Yakutsk is the capital, have been conscripted “by mistake” despite not being eligible for mobilization, illustrating the chaotic roll-out of Putin’s order.

And Crimea isn’t the only place facing an exodus; military-age men across Russia are choosing to flee rather than risk being conscripted. Video footage shows long lines of traffic at land border crossings into several neighboring countries, and surging airfares and sold out flights in recent days.

Four of the five EU countries bordering Russia have banned entry for Russians on tourist visas, while queues to cross land borders out of Russia to the former Soviet countries Kazakhstan, Georgia and Armenia were reportedly taking more than 24 hours to cross.