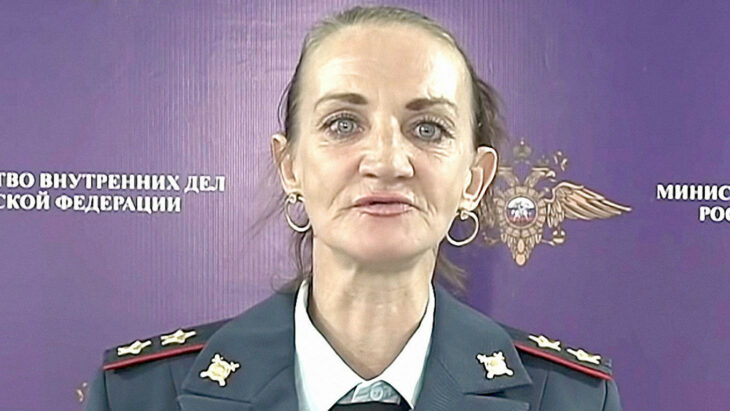 A Russian comedic actress has been jailed in the Far East after appearing in a video where she satirized the country’s Interior Ministry spokeswoman, local media reported Thursday.

Larisa Krivonosova was fined and jailed for 10 days in September for illegally wearing an official uniform after she portrayed Interior Ministry spokeswoman Irina Volk on a satirical YouTube series to make fun of Russian bureaucracy, local media reports said.

In the clip, Krivonosova portrayed Volk discussing traffic policemen who were “protecting the illegal trafficking” of vegetables, one of whom had a toilet bowl covered with gold paint at home — a reference to the bribery arrest of a traffic police chief in southern Russia whose luxurious residence contained a gilded toilet.

The Ussuriysk district court in the Primorye region has found Krivonosova, 43, guilty of repeatedly evading administrative supervision and sentenced her to three months in jail, the local Interior Ministry said in a statement Wednesday.

The administrative supervision was imposed in August 2020, when authorities, citing “violations that infringe on public order and public safety,” ordered her to a curfew, barred her from leaving the Ussuriysk district and required her to regularly check in with police.

In 2017, Krivonosova was released on parole from a Khabarovsk prison colony where she was serving a three-year sentence on charges of stabbing her friend while drunk.