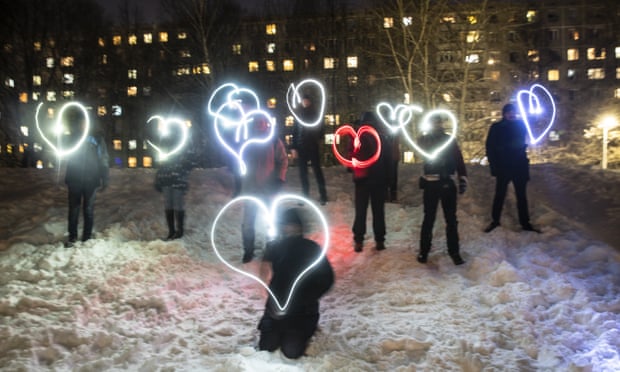 Russia’s media watchdog has told Twitter to delete the account of an opposition news outlet following threats from Moscow to block the social network entirely if it did not remove “banned content” within a month.

The moves are part of a wider crackdown on social media and the opposition after protests supporting the jailed Kremlin critic Alexei Navalny, which were organised via online platforms.

Analysts said the threat to ban Twitter was the first step in a campaign that could lead to other networks being blocked in Russia, where most traditional media are tightly controlled by the state.

The watchdog Roskomnadzor had contacted Twitter to demand it removed the account of MBKh Media, an online news outlet founded by Mihkail Khodorkovsky, an exiled oligarch and critic of Putin, the media group said on Wednesday.

MBKh media said the watchdog had accused it of “violating the laws of the Russian Federation” by sharing information from “undesirable” groups.

Veronika Kutsyllo, the outlet’s editor in chief, denied sharing such material and said that MBKh had not been informed of the watchdog’s demand in advance. “[The state] has been pursuing this new tactic for some time, putting pressure on networks and providers without first warning their potential ‘victims’,” she said.

On Tuesday an official from Roskomnadzor (Russian Federal Service for Supervision of Communications, Information Technology and Mass Media) said that Russia would ban Twitter if it failed to remove posts relating to drug abuse and child suicide.

Authorities have previously demanded that Twitter and other social networks delete messages that allegedly called on minors to take part in anti-Kremlin protests.

Vadim Subbotin, deputy head of the regulator, told the Interfax news agency: “Twitter is not reacting to our requests as they should. If the situation carries on then it will be blocked in a month without a court order.”

Twitter said it had no comment to make on the most recent threat. The US-based company earlier denied that the platform was being used to promote illegal activities, and said it was concerned about how pressure from the Russian authorities could curb free speech.

Last week, Russia took action to slow down the speed of video and photo content on Twitter. The move appeared to cause the accidental shutdown of the Kremlin’s own website, as well as the sites of a number of other government agencies, highlighting the technical difficulties that face Moscow as it tries to control the flow of information online.

Sarkis Darbinyan, a lawyer with the Russian internet rights group Roskomsvoboda, said the state regulator had been “seriously annoyed” by Twitter in the wake of anti-Kremlin demonstrations this year.

During the protests tens of thousands of people took to the streets across Russia in support of Navalny, who was jailed on his return to the country after months in Germany recovering from nerve agent poisoning.

“After the protests it became clear that Twitter wasn’t planning on deleting messages relating to peaceful civic actions and would continue to flag state propaganda, so users would be able to recognise fake information,” Darbinyan said.

He suggested that authorities were “experimenting” on Twitter, which has relatively few users in Russia compared with other networks, before potentially targeting more popular platforms.

Darbinyan said the Russian government was bringing in “more regressive laws every year” with regard to the internet, allowing more state bodies to demand an ever wider range of content be blocked.

A law that comes into force at the start of April will require smartphone manufacturers to sell gadgets with Russian-made software installed. Officials said the move would improve user experience and support domestic technology, but critics voiced concerns about surveillance.

Apple said this week that it would give Russian buyers the option of installing applications suggested by the government on setup.

Shut out of state media Navalny built up his following via social networks, and his team have kept his accounts active even while he has been jailed. Navalny’s Instagram account this week shared a message in which he described his current prison as a “concentration camp”.