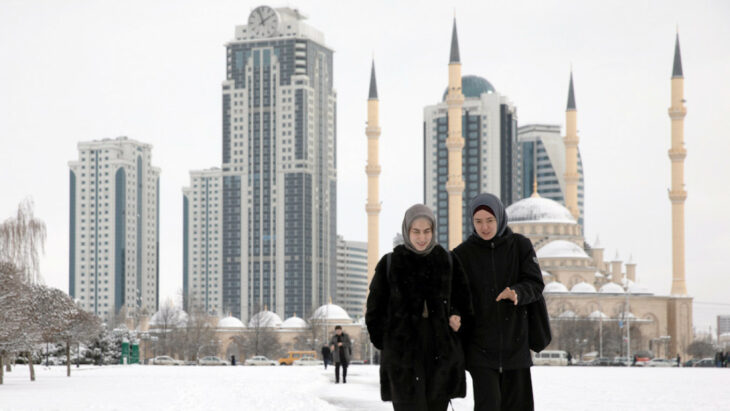 Chechen officials and members of the public are calling for the investigative newspaper Novaya Gazeta to be banned after it reported on extrajudicial killings in the southern Russian region.

The chorus of outrage grew after Novaya Gazeta on Monday published an ex-police officer’s eyewitness account of the torture and execution of 13 detainees in 2017. His written testimony added fresh evidence to Novaya’s previous investigations claiming that Chechen security officials executed 27 out of more than 100 people detained in anti-terror raids.

On Wednesday, Chechen press and information minister Akhmed Dudayev urged Moscow to shut down Novaya Gazeta in an Instagram post.

“This fake publication once again concocted vile slander under the guise of ‘true exposure’,” Dudayev wrote.

“The republic of Chechnya’s residents rightly demand that national and regional leadership take measures within Russian and international law to stop this publication’s openly hostile activities toward the Chechen people,” he said.

hechen state television showed a street rally held by what it called the relatives of security officers who were killed during anti-terrorist operations.

Milashina, was personally threatened by Chechen leader Ramzan Kadyrov and came under attack during her visit to Chechnya early last year. Novaya’s Moscow office was attacked with a pungent chemical substance on the day it published its latest report Monday.

The Akhmad Kadyrov Police Patrol Service Regiment, the unit accused of the executions, joined the calls Wednesday with an appeal to Russian President Vladimir Putin to stop the “vile attacks by this fake publication.”

“International terrorists started a war in our region. Terrorists in the guise of pseudo-journalists are trying to prod us to do the same. There is no difference between them,” the regiment said on its Instagram account.

The newspaper’s spokesperson Nadezhda Prusenkova said: “If extrajudicial executions, gay murders and political killings in Chechnya stop with Novaya Gazeta’s closure, then we will close as early as tomorrow.”

Chechnya, ruled with a degree of autonomy in exchange for loyalty to the Kremlin in the years since two separatist wars in the 1990s, has been the subject of multiple reports of human rights abuses in recent years.