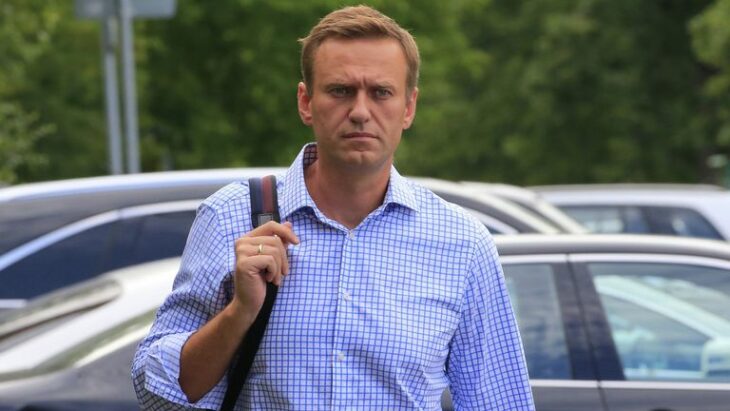 Navalny, a fierce critic of the Kremlin, became gravely ill on a flight from the Siberian city of Tomsk to Moscow on August 20. He was treated at the Charité Hospital in Berlin and was discharged in late September.
The Organization for the Prohibition of Chemical Weapons confirmed Tuesday that blood and urine samples taken from Navalny showed the presence of Novichok, a Soviet-era group of nerve agents. A Novichok agent was also used in a March 2018 attack on former Russian spy Sergei Skripal in the English city of Salisbury.
The foreign ministers of France and Germany released a joint statement Wednesday saying they were putting forward a proposal to European partners that target “individuals deemed responsible for this crime and breach of international norms,” including Russian officials and entities involved in the country’s Novichok chemical weapon program.
“A murder attempt has been made on Russian soil, against a Russian opposition figure, using a military-grade nerve agent developed by Russia,” the statement said.
“We believe that there is no credible explanation for the poisoning of Mr Navalny other than Russian involvement and responsibility,” the pair said in a statement.
UK Foreign Secretary Dominic Raab said Britain would work with its international partners to take such sanctions forward. “The UK stands side by side with our German and French partners in our response to the abhorrent poisoning of Alexey Navalny,” he said in a statement Wednesday evening.
“Despite having a clear case to answer, the Russian authorities continue to make no credible attempt to investigate this attack. There is no plausible explanation for Mr Navalny’s poisoning other than Russian involvement and responsibility for this appalling attack.”
The Kremlin has strongly denied any involvement in Navalny’s poisoning, and offered to cooperate with Germany in an investigation into the matter, according to state news agency TASS.
TASS previously reported that Russia had “eliminated” all warfare agents, including Novichok, citing Sergei Naryshkin, the Director of the Foreign Intelligence Service. “[Warfare agents] were eliminated in accordance with OPCW procedures and rules which was properly documented. Any speculation Russia still produces or keeps in stock the old reserves of chemical warfare agents are disinformation, of course,” Naryshkin reportedly said.
Asked Tuesday about the OPCW findings, Kremlin spokesman Dmitry Peskov told journalists, “we do not have the information yet.”
Source: CNN
Opinion