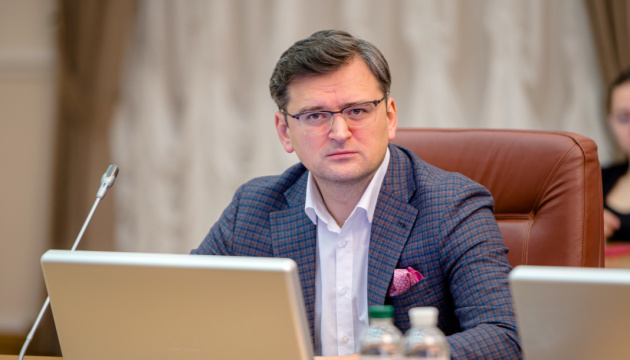 During a phone conversation, the foreign ministers discussed the fight against the spread of COVID-19, counteracting Russia’s attempts to ease sanctions, and a Ukrainian issue on the NATO agenda.

Kuleba thanked Norway for contributing EUR 14.5 million to the UN Crisis Fund to counter COVID-19, the resources of which are used to support Ukraine.

Søreide informed about yesterday’s meeting of NATO foreign ministers, at which they provided additional support to our state. She assured that Ukraine remains high on the agenda of the Alliance. Kuleba thanked for the continued support of Ukraine.

The minister drew special attention to the effective cooperation between Ukraine and Norway at the UN to counter Russia’s attempts to use the COVID-19 pandemic to undermine sanctions. The foreign ministers agreed that simultaneously with the coronavirus crisis, the amount of misinformation and propaganda that must be countered has sharply increased in the world.

Søreide assured Kuleba that the sanction pressure on the Russian Federation will continue until it fully implements the Minsk agreements.

She reaffirmed Norway’s continued position regarding respect for Ukraine’s sovereignty and territorial integrity, European and Euro-Atlantic aspirations of our state.