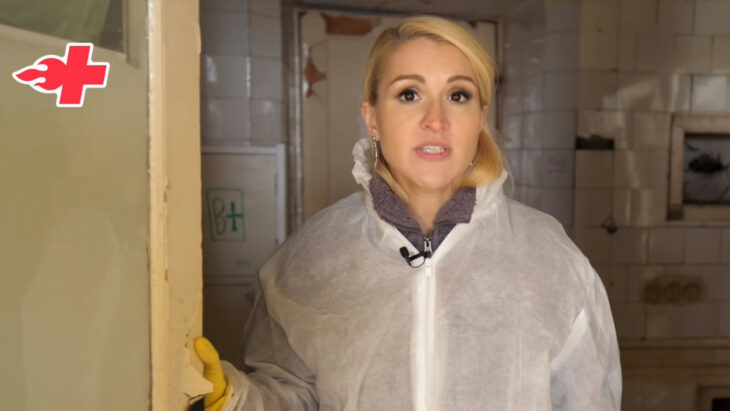 Anastasiya Vasilyeva says she is trying to protect Russia’s first line of defense against the pandemic.

After weeks of working on overdrive, Anastasiya Vasilyeva, a doctor turned activist, finally had some time to kill.

It was late Thursday morning and the head of the independent Doctors’ Alliance labor union had just passed the halfway point between Moscow and the Novgorod region, six hour’s drive northwest of the Russian capital. Vasilyeva, 36, was traveling in a convoy of four cars stocked with personal protective equipment (PPE) — gloves, masks, respirators — that she and nine other union members were planning to deliver to two local hospitals.

“What we’re doing is helping our government,” Vasilyeva told The Moscow Times by phone. “They’re not doing this work, so we’re taking it on ourselves.”

As the coronavirus pandemic has taken Russia in its grip in recent weeks, Vasilyeva has increasingly risen in prominence, standing out as the loudest critic of the authorities’ stance on the severity of the pandemic. She has also sounded the alarm over Russia’s testing procedures and the state of the country’s already strained healthcare system that, experts have argued, lacks the resources to deal with the virus in the event that hospitals are overrun with patients.

In mid-March, as President Vladimir Putin maintained that the coronavirus in Russia was “under control,” Vasilyeva argued that Russia’s test for the virus — at that point verified only by a single state-run laboratory in Siberia — was likely undercounting positive cases.

The Russian government has since put strict measures in place to fight the virus, with Vasilyeva’s criticism implicitly acknowledged both by experts on state television and top officials as a reason for taking a more cautious approach. Now, the country, which has so far reported 4,149 cases, is nearly all under quarantine.

But Vasilyeva has already turned her attention to trying to ensure medical staff are prepped for what is to come.

On social media, she and her union publish a constant stream of messages from medical workers around the country highlighting a lack of PPE they say will leave them exposed to the highly contagious virus that has so far killed almost 60,000 people worldwide. The complaints come in so often that Vasilyeva says she does not have enough time to address them all.

She and her team are also fund-raising to buy PPE for doctors around the country — this week, they raised 3.5 million rubles ($45,500), she said — while criticizing the Kremlin for sending equipment abroad to countries including the United States when it is needed by professionals at home.

“We raise money all over the country to buy protection for doctors, and our authorities sell PPE to the U.S.,” the group tweeted Thursday morning from the road. “What a mockery.”

Vasilyeva is still only a budding activist. Before her mother and dozens of other senior ophthalmologists were fired from a medical research university in Moscow in early 2018, she says she wasn’t political.

“She called me in tears and asked, ‘What can I do?’” Vasilyeva recalled Thursday, noting that the experts were offered work as lab assistants or cleaners at 25,000 rubles ($325) per month instead. “These were people who developed the field of ophthalmology in the Soviet Union and they were just tossed aside.”

Vasilyeva began writing petitions and contacting the press. Having followed in her mother’s footsteps as an ophthalmologist, she also reached out to her own patients, including government officials, for help.

One of those patients happened to be Russia’s most prominent opposition critic Alexei Navalny, whom she had treated after unknown assailants attacked him with a green antiseptic known as zelyonka a year earlier, damaging his right eye.

“He was the only one who responded,” Vasilyeva said, adding that Navalny offered her free legal aid through the team of lawyers at his Anti-Corruption Foundation. “Thanks to him, my mom got her job back at the institute.”

With Russia’s healthcare system facing significant cuts in recent years, medical workers began seeking her out for help. Vasilyeva realized there was demand for a union.

Navalny offered her his lawyers at the start, but the Doctors’ Alliance has since hired its own team and begun working with political parties all across the spectrum, including the Communist Party and the liberal Yabloko party. It now has 15 full-time staff members, 40 regional offices and about 2,000 members and volunteers.

“It’s hard not to be political when you see what’s happening with our healthcare system,” Vasilyeva said.

With the arrival of the pandemic, the union is now in the limelight. That has also meant the scrutiny of the authorities and Kremlin backers.

On Monday, the state-run NTV television channel ran a hit piece titled “Who Is Churning out Fakes About the Situation in Russian Hospitals and Why.” The next day, the Investigative Committee — Russia’s version of the FBI — calledVasilyeva in for questioning for allegedly spreading fake news about the coronavirus. That same day lawmakers passed a new law that can land offenders behind bars for up to five years.

On Thursday morning around 6:30 am, as Vasilyeva and her team were preparing to leave for Nizhny Novgorod from Moscow, a group of young men approached them.

“Two of them were waiting at my car and pointed their cameras at us, asking why we were breaking quarantine,” Vasilyeva recounted. Moscow has been under quarantine since March 30.

Navalny has said that he and his allies are sometimes followed by young men he believes are associated with U.S.-sanctioned businessman Yevgeny Prigozhin, who try to provoke them on camera.

In comments to The Moscow Times, Navalny said he believes the pressure on the union will only keep growing.

“It’s becoming popular,” the opposition leader said. “And along with the people’s support there always comes the Kremlin’s hatred and a discreditation campaign.”

When asked if she was worried about her newfound spotlight, Vasilyeva, who has two children — ages 12 and 13 — replied: “What can they do to me?”

Waiting for her convoy at the border of the Novgorod region were law enforcement officials, who escorted the visitors to a local police station. Vasilyeva and her team still managed to hand out all of the equipment by calling for the hospital staff to come to them.

But the police held the group for hours. Around 10 p.m. Thursday evening they let her go, after charging all members of the team for breaking quarantine — fines of 2,000 rubles ($26) per person — but then they detained her again as the team was set to head back to Moscow.

“The police attacked Anastasiya Vasilyeva and tried to drag her into the police department,” the Doctors’ Alliance posted on Twitter. “Anastasiya lost consciousness — perhaps one of the plainclothes officers strangled her.”

The police held her overnight. On Friday, she was charged in court for two more transgressions: not leaving her car while it was being towed (she claims she was told she should remain in it) and for refusing arrest (the second time). For the two charges she was ordered to pay additional fines totaling 1,600 rubles ($21).

Around 7 pm that evening she was finally free to go.

“19 hours for examining the cave paintings in a holding cell and learning about the unpleasant interiors of the police world from the inside was worth it for the safety of medical workers,” Vasilyeva wrote on Twitter. “And already soon we will go to the next hospital!”