By Mark Galeotti Having created a troll ecosystem it is hard for the Kremlin to direct its activities. Those dastardly Russians, they’re at it again,… 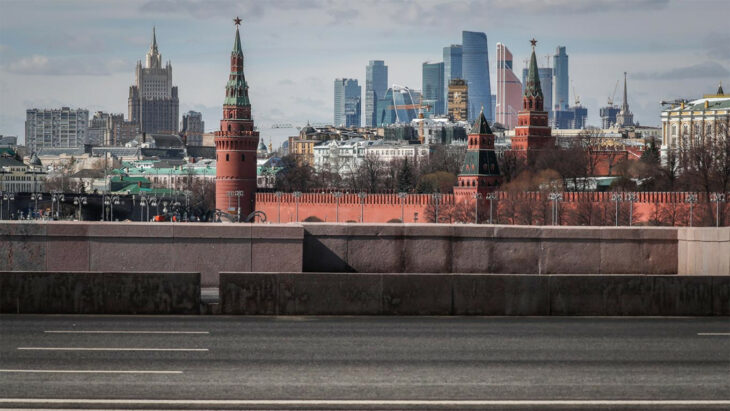 Having created a troll ecosystem it is hard for the Kremlin to direct its activities.

Those dastardly Russians, they’re at it again, using a global pandemic to spread disinformation, conduct espionage and generally be all-round bad eggs. Except that the evidence of nefarious conspiracy is rather less compelling, and actually seems to run counter to how the Russian government is trying to use the crisis. Could it be that the Kremlin is not the villain, this time?

The claims are familiar ones, just put in the present context. The European Union’s counter-disinformation task force claims that it has identified a coordinated plan “to aggravate the public health crisis in western countries, specifically by undermining public trust in national healthcare systems.”

Likewise, Lea Gabrielle, the former Fox News correspondent who now heads the U.S. State Department’s Global Engagement Centre, spoke of a “widespread disinformation campaign that the Kremlin launched in late January” that is “endangering global health by undermining the efforts of governments; of health agencies and organizations that are in charge of disseminating accurate information about the virus, such as the World Health Organisation.”

OK, let us set aside the WHO’s rather peculiar recent passion for bending over backwards to endorse Chinese statistics despite the numerous suggestions that they too represent a rather pernicious and dangerous act of disinformation. Let us also set aside the possibility that the most dangerous font of virus-related disinformation may well be the White House press room.

Even so, it seems strange that the Kremlin itself would launch and push a disinformation campaign at the very time it is clearly launching a soft-power charm offensive on the back of the pandemic.

The sight of military trucks emblazoned ‘From Russia With Love’ heading to virus-stricken Bergamo in Italy do not just play well on Russian TV, but also represented a powerful symbol of traditional Russo-Italian friendship (whether or not the aid and medical team is, as some claim, “80% useless” in the circumstances).

Likewise, a leviathan An-124 transport aircraft landing in New York with aid represents not just a delicious “gotcha” moment for Moscow, it will be used as evidence that humanitarian concerns trump geopolitical rivalry (whether or not the aid was actually aid, or paid for).

After all, the message that this is a time for all nations to work together is one the Kremlin appears to hope to use to undermine attempts to maintain the isolation of Russia in general, the sanctions regime in particular.

At the virtual summit of G20 leaders last month, Putin pointedly called for a “joint moratorium” on all sanctions, as a “purely humanitarian issue… free of any politics.” Of course, letting Italian parmesan and Australian beef back in hardly balances free access to Western finance and technology.

That’s the point, though: it’s not that the Kremlin has changed its nature, just its approach, seeing an opportunity, however slight, to achieve something that is an absolute priority.

Of course, this is cynical politics, and largely symbolic, but most politics is about symbols, and much is cynical, too. Sending aid to Italy has been characterized as an attempt to undermine EU and NATO solidarity, for example, but although the aid Rome has since received from its allies has been vastly more extensive, one might note that it took Moscow’s gambit really to force “allies” to come forward to help.

But if this is the current tactic, why continue to poison the waters with disinformation? The answer is probably that the Kremlin actually don’t want to — but can’t stop it.

The political warfare that has been at the heart of Russian attempts to divide, distract and demoralize the West is fought not by a single, disciplined “disinformation army” so much as a host of enthusiasts and mercenaries. A “disinformation ecosystem” has been created of all kinds of shouty talk-show personalities, toxic commentators, ropy pseudo-experts, hucksters, conmen, and online conspiracy theorists.

They essentially generate content, reflecting their own leanings and lunacies, their assumptions about what the Kremlin would like to see. Having weaponized their imaginations, the Kremlin gets to pick and choose which lines fit its needs of the moment and them magnify and reinforce them.

This is the crucial point: while clearly it was the Kremlin that empowered this array of pontificators and paranoiacs, its hand is really visible when we see cross-platform coordination. When, for example, foreign ministry talking points start echoing conspiratorial blogs, when funded foreign outlets start duplicating the Russian press, when cyberattacks start harassing those espousing alternative views, when lines from TV rants make it into Putin’s speeches.

That has been relatively absent over COVID-19. There has been a certain amount of nonsense in the more hawkish or marginal Russian media, but little effort to do anything with it.

The problem is that, having created this ecosystem, and maintaining the pretense that it is nothing to do with the government, it is hard for its to direct, let alone discontinue or defer its activities. This is, after all, what they do: it is their shtick, their joy, and often their job.

And this is a problem, albeit one the Kremlin is unlikely to address.

It undermines efforts to re-set the relationship with the West. The claims of villainous Kremlin attempts to aggravate the crisis rest largely on un-nuanced assumptions that the presence of disinformation demonstrates an active Kremlin campaign. It also may reflect a habitual mistrust of Moscow — and also the institutional self-interest of bodies whose very raison d’être is to find Russian propaganda.

Secondly, it illustrates yet again the limits of the “power vertical.” From the sight of the president trying to cajole regional governors into doing their jobs to the way propagandists are actually hindering official police, the pandemic crisis is bringing this into sharp relief.

Finally, most Russian disinformation about COVID-19 is not just in Russian, it stays in Russia. The myths on the one hand about cover-ups of mass casualties, and on the other of the magical virus-busting power of vodka, or garlic, or prayer. These represent a genuine threat to the serious and sober efforts to educate the population about the threat and to ensure buy-in for the public health campaigns at work.