Mitt Romney was treated as a punchline in 2012 for saying that Russia is America’s greatest “geopolitical foe.” Newsrooms from New York City to Los… 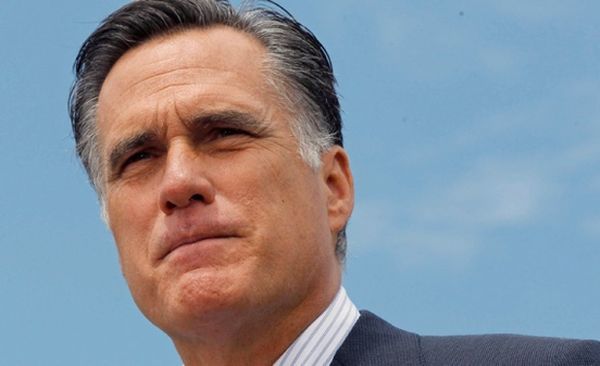 Mitt Romney was treated as a punchline in 2012 for saying that Russia is America’s greatest “geopolitical foe.”

Newsrooms from New York City to Los Angeles all had a good laugh at the then-GOP presidential nominee’s expense. The Washington Post even published a fact-check that awarded Romney two “Pinocchios,” stating that it is “not sure” why the Republican candidate “singled out” the country that had invaded Georgia four years prior.

“The Russians may be tough negotiators,” the 2012 fact-check said of Moscow’s routinely hostile behavior at the United Nations, “but there’s nothing wrong with that. And certainly, it’s better than the days of the Soviet Union, which frequently cast vetoes.”

Today, the Washington Post is singing a very different tune. Nowadays, you cannot sneeze without someone on the newspaper’s commentary page declaring a Kremlin conspiracy.

“It has come to this: Ted Cruz is Putin’s stooge,” said a Dec. 8 headline written after the Texas senator during an appearance on Meet the Press referred to reports that Ukrainian officials worked to influence the 2016 U.S. election in Hillary Clinton’s favor.

On July 26, after the Senate majority leader objected to a hasty, overreaching election interference bill proposed by Democrats, the Washington Post published a headline that read, “Mitch McConnell is a Russian asset.”

“Trump may not be a Russian agent. He’s just a Russian stooge,” said a headline published on March 28.

Earlier than that, the Washington Post published an article on Jan. 13 titled, “Here are 18 reasons Trump could be a Russian asset.”

“The entire Republican Party is becoming a Russian asset,” reads a Washington Post headline published on July 20, 2018. The accompanying opinion article complained that just as Trump, the GOP (including the National Rifle Association?) has troubling ties to the Kremlin.

This is a 180-degree turn from how the newspaper’s opinion and news sections talked about Russia back when the Obama 2012 reelection campaign was highlighting its failed “reset” with Moscow as an accomplishment. It seems likely that this, ahem, change of perspective might hinge on who’s in the White House.

When Romney accurately warned that Russia was the United States’ greatest geopolitical foe, the Washington Post published an op-ed on March 28, 2012, titled, “Is Russia still America’s bogeyman?” That same month, the Post highlighted former Russian President Dmitry Medvedev’s criticism of Romney, which “mark[ed] the second time in a week that Romney has been chided from abroad for his campaign trail rhetoric on foreign affairs.”

The Washington Post reported on Sept. 18 of that election year that Romney’s comments “engendered scorn in the media,” casually omitting the part where the newspaper had helped generate and amplify that scorn.

The report ends with what is now a particularly amusing paragraph:

Overall, 36 percent of Russians had a favorable view of Obama; 59 percent said they had no opinion about Romney, or declined to answer. Asked whom they would vote for if they could, 27 percent of Russians chose Obama, as opposed to 12 percent who opted for Romney. (In France, the split was 89 percent to 2 percent.)
In October of that year, the Washington Post published two separate reports that essentially just amplified Obama campaign propaganda — one titled “Romney may be master of friendly fire” and one titled “Mitt Romney as National Lampoon’s Clark Griswold?,” highlighting Obama spokeswoman Jen Psaki’s comparison of the then-GOP nominee to the bumbling, ugly American Chevy Chase in National Lampoon’s European Vacation.

An Oct. 8, Washington Post report claimed that Romney had used “swaggering language on the stump that has at times evoked the Cold War,” asserting further that the former governor’s overseas trip was “widely seen as plagued by missteps.”

Another Oct.21 report said of Romney’s warning that it “was viewed by many as a Cold War relic.” The article then adds in the very next sentence that the “U.S. relationship with Russia has improved in tone if not in substance under Obama, but it remains a wary partnership at best.”