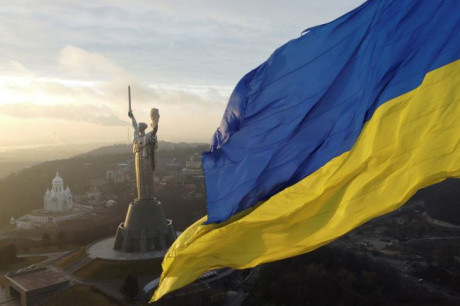 On February 24, 2022, the world woke up in a new reality, about the danger of which the participants of the Free Russia Forum had been warning for many years.

This is a reality in which Vladimir Putin is no longer one of many tolerated dictators who are unpleasant but necessary to deal with, but the main threat to both Ukraine and the entire world. Now talking about this is no longer alarmism and exaggeration, in which many reproached us, but the only possible and necessary statement of fact.

Unfortunately, this threat to the world does not come from Putin alone and a small group of his henchmen, but from the entire country that he has subjugated to his power and by whose interests he justifies his criminal actions. This understanding is necessary, first of all, for those Russians who do not agree with Putin’s policy, because even passive disagreement will not be enough to dissociate themselves from it – the duty of each such Russian becomes irreconcilability with the politics, power and the entire system of Putin’s Russia and the desire to defeat it.

Repeatedly declaring our support for a free Ukraine and the fighters for a free Belarus, today we state it very unambiguously – we wish them complete and unconditional victory over Putin’s Russia and Lukashist Belarus.

We call on the world not only to maximum solidarity with the struggling Ukraine, but also not to stop there, to make as its goal in relation to Putin’s Russia what its leader hypocritically proclaimed in relation to Ukraine – demilitarization and denazification.

This war can destroy not only Ukraine, but the entire Free World, and should end with the complete dismantling of the Putin regime and the elimination of the reasons that made possible its emergence of the threat to the Free World from the territory of Russia.

We appeal to Russian servicemen not to carry out criminal orders, and to those liable for military service – to refuse military training and possible mobilization. This will be the fulfillment of the oath, not the rejection of it. We call on the international community to close Russian airspace.

We also appeal to the leaders of the countries of the Free World to give the most severe rebuff to Putin’s aggression. It is still possible to stop the dictator’s attack on the Free World now, if the most severe possible retaliatory measures are taken against him.  One of the most effective sanctions could be the imposition of an oil and gas embargo on Putin’s Russia. To deprive a dictator of resources means to tie his hands, to deprive him of the opportunity to use these resources for military purposes.