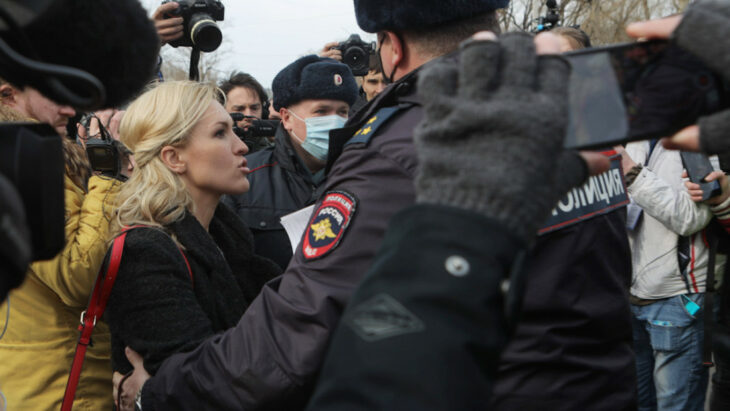 A number of supporters of Alexei Navalny were detained Tuesday outside his penal colony east of Moscow after they were denied access to the jailed Kremlin critic, who is on hunger strike demanding proper medical treatment.

Among those detained was Anastasia Vasilyeva, Navalny’s personal doctor and head of the Alliance of Doctors medical trade union which is critical of the government, according to the group and AFP journalists at the scene.

A CNN journalist was also detained.

Supporters of the 44-year-old opposition politician arrived at the town of Pokrov around 100 kilometers (60 miles) east of Moscow on Tuesday to demand access to Navalny, but were rebuffed.

Navalny went on hunger strike last Wednesday to demand proper medical treatment for severe back pain and numbness in both legs, saying he had only been given painkillers.

On Monday, President Vladimir Putin’s most vocal critic said he was now also suffering from a heavy cough and fever and that three people from his prison unit had been hospitalized with tuberculosis.

Navalny, who survived a near-fatal poisoning in August, has lost a total of 13 kilograms (28 pounds) in the penal colony, including five kilograms over the past week, his lawyer Olga Mikhailova said.

Navalny’s doctor Vasilyeva accused authorities on Tuesday of violating his rights by refusing to treat him properly.

“Of course I am afraid” for his health, Vasilyeva told reporters outside the penal colony.

“We are doctors — that’s why we are here today. Health should be a priority,” she said, stressing that Navalny must be transferred to a “normal” hospital.

On Monday, the secretary general of Amnesty International, Agnes Callamard, said that she had written to Putin, urging him to make sure that Navalny “receives medical care by health professional he trusts.”

“There is a real prospect that #Russia is subjecting him to a slow death,” Callamard wrote on Twitter.

Putin’s spokesman Dmitry Peskov on Tuesday said he was not aware of Callamard’s letter, but added that Navalny was not entitled to any special treatment.

“Naturally, we cannot talk about any special conditions for one of the convicts,” Peskov said.