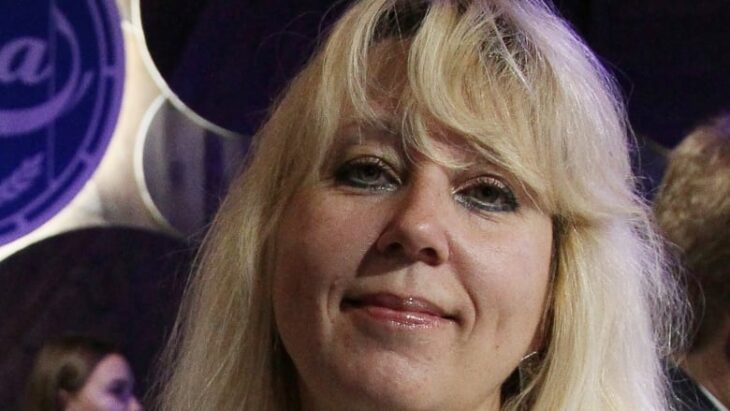 Irina Slavina left a Facebook message before she took her own life: “I ask you to blame the Russian Federation for my death.”

The Russian journalist set herself on fire at a police memorial in Nizhny Novgorod last week, the day after police raided her apartment for materials linked to the Open Russia opposition group.

She was identified as a witness in the criminal case against Mikhail Khodorkovsky, the free speech activist who finances Open Russia and is accused of threatening Russian state security.

It wasn’t Slavina’s first brush with police. She was the editor-in-chief of the independent news site Koza Press, and her journalism often drew the ire of Russian authorities, her friends and lawyers told BBC News.

The news of her death came as shock to her family and friends who knew her as an upbeat and cheerful person, says Olga Sadovskaya, the deputy chairperson of the Committee Against Torture.

Sadovskaya got to know Slavina through Koza Press’ coverage of the committee’s work. Here is part of her conversation with As It Happens host Carol Off.

How are [Slavina’s] friends, her family, how are they dealing with her death?

I must say that they’re completely destroyed, because nobody, absolutely, expected that.

Of course, we’re all adults. We have friends and colleagues who died from illness, who was killed in an accident. Or some of my colleagues were killed because of their human rights work. But nothing like this happened before with us.

Can you just tell us, the place where she went [to take her life], what is the significance of that place?

The location is the central police department of the region, so the main police building in the region where we live. And it’s in the very centre of this city, and there is a memorial for three types of policemen that existed in Russia throughout Russian history.

There was a guy who was passing by and he tried to put the fire down, but she actually pushed him from herself. We don’t know why. You know, maybe she was afraid that he will also be harmed by the fire, or she was just staying on her position that this was her plan and nobody should interrupt her in doing this.

She did leave a Facebook message asking her followers to, “Blame the Russian Federation for my death.” What do you make of that?

It was a very clear message, you know, for all people who knew her.

She … was regarded as the last independent news reporter in Nizhny Novgorod. Her lawyer [told the BBC] he has a wad of papers in his office from all the court cases he defended her against when she was fined for stories that she wrote, [and] that she was being harassed constantly by the authorities. What kinds of interactions did she have with police and with the law?

For the last five years, she was the only independent journalist who was covering the most serious and important topics in the region. She was actually fired from all the mass media in the region, and she had no other choice than to start her own one, Koza Press.

And she was subjected to a constant judicial harassment from the authorities, accompanied by other illegal actions by unknown people who were never found and who will be never found, I believe.

Two years ago … she was writing about a case where two or three people were killed during [an] intelligence services operation as terrorists, but there were no proof that they were actually involved in any terrorist activity.… Her car tires were cut by unknown people at night. And a lot of leaflets were spread in the courtyard around her house, [and] near the office where her husband works, like, “She supports terrorists.”

Then there were a number of administrative cases against her that resulted in serious amounts of fines that were nearly unbearable for her, because her Koza Press existed only on private donations, and the amount of private donations were so small and it was a very moderate amount of money she was living on. So it was really unaffordable for her to pay these fines.

And today, actually, was the last court hearing on the last administrative case [against her] … for publishing fake news about coronavirus in the region. But there was nothing fake published in there. There was just information about the first person in the region who got the virus and who was hospitalized. So it’s absolutely not fake. It was just sharing the information from the people who really had this disease. But nobody cares.

She was really cheerful person, enjoying everything, enjoying her dog, enjoying weather, life, loving her husband. She loved her children.– Olga Sadovskaya, Committee Against Torture

Her husband is obviously just absolutely shaken by this. He did give an interview talking about the kind of pressure his wife was under…. And he said also that there was a raid of their apartment in the days before she took her life that really disturbed her. Can you tell us about that raid?

It’s a very demonstrative act. When 12 police people are wearing masks and trying to break your door and [are] running into your apartment, searching your apartment, taking all your equipment, and you are just in the bed when they are in? She’s not a criminal. She’s not suspected in committing some kind of a crime.

Is it possible that that was a kind of last straw for her?

Have the authorities responded to her death?

Yes, they responded to her death, and they said that they find no connection between her suicide and this search in her flat because she was just a witness.

What was Irina Slavina like? What can you tell us about her as a person?

First of all, she was very beautiful. She was always smiling, energetic, very kind.

Usually when you work with such kind of hard cases, you stop reacting on them very emotionally, because it’s everyday routine. Somebody’s killed, somebody’s arrested, you know, somebody’s tortured.

And she was a really cheerful person, enjoying everything, enjoying her dog, enjoying weather, life, loving her husband. She loved her children.

She was a great lover of life. That’s why it’s also very destroying for everybody who knew her to understand that that was her decision to stop her life and to make a message out of this action.