The head of Chechnya, Ramzan Kadyrov, sent a man to assassinate a Georgian TV host who insulted Russian President Vladimir Putin, the Director of Mtavari Arkhi,… 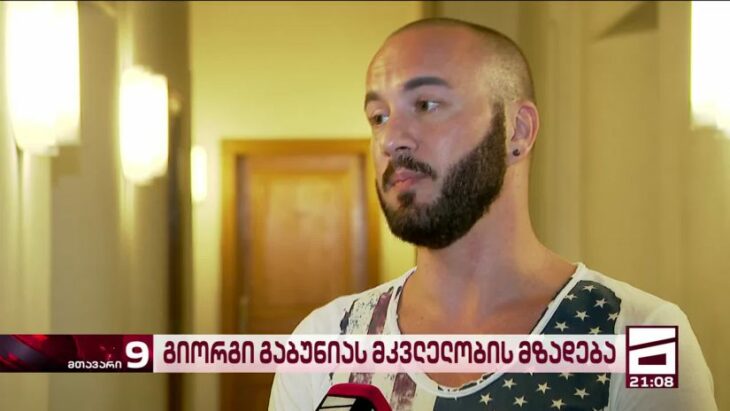 The head of Chechnya, Ramzan Kadyrov, sent a man to assassinate a Georgian TV host who insulted Russian President Vladimir Putin, the Director of Mtavari Arkhi, Nika Gvaramia, has claimed.

In a televised address on Monday evening, Gvaramia said that a man sent to assassinate Giorgi Gabunia and was arrested during a special operation by the State Security Service in Tbilisi’s Saburtalo district on 12 June.

He identified the arrested man as a 37-year-old Russian citizen born in Ingushetia named Vasambeg Bokov. He added that the official explanation for the arrest was not related to Gabunia.

Gvaramia claimed that the Georgian authorities ‘increased’ surveillance on Gabunia after they were informed of the assassination plot by Ukrainian authorities ‘during the period of the coronavirus pandemic’.

‘He [Bokov] was arrested for a different reason, as far as I know. But the main thing the Georgian Government learned from Ukrainian law enforcement is that he was planning to liquidate Giorgi Gabunia on the orders of Chechen leader Ramzan Kadyrov’, he said.

The SSG, who had remained tight-lipped since last week’s special operation, confirmed on Monday evening that they had arrested a Russian Citizen with the initials VB on charges of falsifying, producing, or using false documents.

They said he was also being investigated for planning to commit murder on the orders of another.

The decision to make the arrest meant that a ‘much graver crime has been averted’, the SSG said in the statement, noting that they had requested ‘additional information’ through Interpol channels.

Gabunia made headlines last July after engaging in a profanity-laden tirade on air on Rustavi 2 against Russian President Vladimir Putin, which included insulting his mother. He now hosts the ‘Post Factum’ show on Mtavari Arkhi, an opposition-leaning channel set up by Gvaramia and others after he was ousted from Rustavi 2.

Gabunia’s 2019 comments about Putin received condemnation from both in Georgia and in Russia.

Opening his weekly ‘Postscriptum’ politics show on 7 July 2019, Gabunia launched into a minute-long profanity-laden tirade against the Russian president.

‘You’re a stinky occupier’, Gabunia said. ‘Go fuck yourself together with your slaves. Fuck your mummy. Oh, your mum is dead? Oh, that’s so sad; no way. Let her burn in hell together with you and your father! I’d shit on your graves. Amen.’

‘In the Caucasus, a man does not pronounce such words even against his enemy. Gabunia is a coward,’ Kadyrov wrote. ‘This is a shame on the Georgian people and Georgia.’

He also demanded that the Georgian Government apologise to the Russian president and Russian people, and called for a criminal investigation to be launched against Gabunia.

‘We can’t constantly pretend that we don’t notice the clearly hostile tricks of Georgia. Therefore, it is necessary to impose the toughest sanctions on the country that would not affect the Georgian citizens of Russia’, he added.

The Georgian Government was also highly critical of Gabunia’s comments, leading Gvaramia to hit back at the authorities.

The Georgian Ministry of Foreign Affairs called the broadcast a ‘provocation’ and urged the international community and ‘all international organisations working on freedom of the press’ to ‘assess’ the journalist’s professional standards.

The ministry also called the tirade a ‘deliberate action’ to destabilise the country on the backdrop of ‘attempts at de-escalation’ of tensions with Russia.