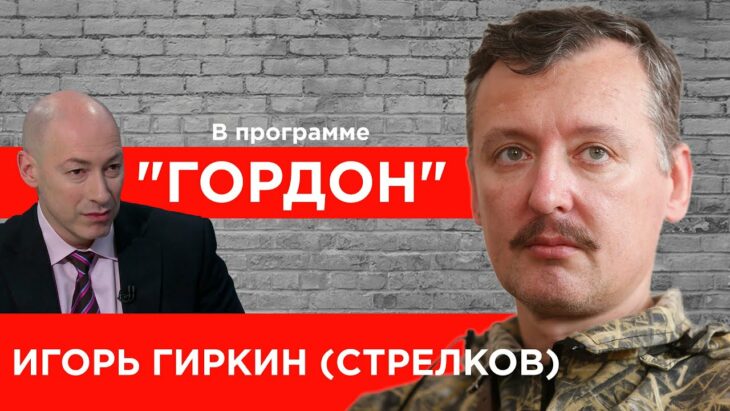 The Ukrainian Security Service (SBU) says it will use a journalist’s interview with former pro-separatist figures as evidence of crimes committed during the war in the east of the country, including the downing of Malaysia Airlines Flight 17 (MH17).

The SBU announcement on May 19 relates to two interviews published by Ukrainian journalist Dmytro Hordon on his YouTube channel in which ex-separatist leader Igor Girkin, also known as Strelkov, and the former top prosecutor in Russian-annexed Crimea, Natalia Poklonskaya, divulge information that prosecutors say could be used against them.

“All the information voiced in these interviews is already being analyzed in detail by the [SBU] staff for its use as additional evidence of the Russian Federation’s seizure of Ukrainian territory and the actual beginning of the war in the east of our state,” the SBU said.

Girkin, a former colonel in Russia’s Federal Security Service (FSB), was the so-called defense minister of a Russia-backed separatist group in the Donetsk region when MH17 was shot down in July 17, 2014, by a Russian-made Buk missile fired from separatist-controlled territory.

In the interview published on May 18, Girkin said that as the military commander in the area he felt “indirect responsibility” for the downing of the passenger jet, but that his forces didn’t fire the missile that killed all 298 passengers and crew on board.

Dutch investigators have linked Girkin and two other Russians and one Ukrainian to downing the jet on its way from the Netherlands to Malaysia. In March, a Dutch court began criminal proceedings against the four separatist figures, who are believed to be in Russia. Dutch officials believe the missile was secretly transported across the Russian border into Ukraine.

Russia denies any role in the tragedy.

Poklonskaya, now a deputy in the Russian State Duma, is wanted in Ukraine for “actions committed with the aim of forcible change or overthrow of the constitutional order or seizure of state power.”

Both interviews caused a stir in Ukraine, with some accusing Hordon of spreading Russian and separatist propaganda.

In particular, the European Solidarity Party called on the SBU to launch an investigation into Hordon “for inciting hostility, supporting terrorism, and undermining Ukraine’s sovereignty.”

In a twist to the story, Hordon said in a video statement on May 19 that he had interviewed Poklonskaya and Girkin “in collaboration with the Ukrainian secret services.”

The SBU responded that the interviews were conducted at Hordon’s “initiative.”

Hordon said flash drives of the interviews were sent to The Hague, where the testimonies could be used in international court cases against Russia’s illegal annexation of Crimea and the war in the east of Ukraine.

With reporting by UNIAN and Ukrinform