(CNN)Russia hit a grim milestone over the weekend, officially recording the highest number of coronavirus cases the country has seen in a 24-hour period, with… (CNN)Russia hit a grim milestone over the weekend, officially recording the highest number of coronavirus cases the country has seen in a 24-hour period, with 10,633 people testing positive. And the economic pain is worsening: Last week, Russian Finance Minister Anton Siluanov said on state television that he had never seen a crisis like Covid-19.

“I don’t recall anything like this,” he said, adding that plummeting global oil prices — a primary source of Russian state revenue — had delivered a “double hit” to the country’s economy.
It adds up to a dangerous political moment for Russian President Vladimir Putin. In a new survey published by independent pollster Levada-Center, less than half of respondents — 46% — said the Russian government had responded adequately to the crisis.
The pandemic has even hit Putin’s usually sky-high approval ratings. In March, as authorities acknowledged the spread of coronavirus in Russia, Levada-Center found that Putin’s approval rating had dropped to 63%. That may sound high, but it’s a level not seen since 2013, before Russia’s annexation of Crimea prompted a groundswell of public support for the president.
Coronavirus has hit Moscow, the country’s political center of gravity, particularly hard. According to official statistics, the capital accounts for around half of the country’s cases. Before the pandemic, Muscovites were politically active and mobilized, for instance, in massive street demonstrations that followed the country’s flawed legislative elections in 2011.
While lockdown measures mean that new street protests are out of the question, Russians have taken their discontent online: One live-streamed discussion last week earned over 67,000 views on YouTube.
Russia’s embattled opposition has seized on the coronavirus crisis to step up its criticism of the president, particularly over the Kremlin’s economic response to the crisis. Opposition leader Alexey Navalny, for instance, has called for tapping the National Welfare Fund, a $165 billion pot of money created by previously high energy prices to help individuals and small enterprises recover. While Kremlin spokesperson Dmitry Peskov dismissed Navalny’s idea as “populist” and “superficial,” three online petitions for Navalny’s proposals have gathered over 1 million signatures.
It’s important to state up front that coronavirus is not yet an existential threat to Putin. The Russian president enjoys flattering coverage on state television, which has cast him as a cool-headed and competent leader in the response to the crisis.
Kremlin-controlled airwaves routinely feature Putin presiding remotely over meetings from his residence at Novo-Ogaryovo, outside Moscow. In a meeting last week, he hectored top government officials about the need to produce “tangible results” for Russians struggling with the economic fallout of coronavirus.
“What about the special insurance for the medical specialists that are now helping these patients, risking their lives and health?” Putin said. “What about the additional monthly payments of 5,000 rubles [$67] for a child up to three years old for families that are entitled to maternity payments? Let me remind you that these payments are due for April, May and June.”
The president added: “I would like you to report on the implementation of these measures and whether this aid is perceptible for the people.” 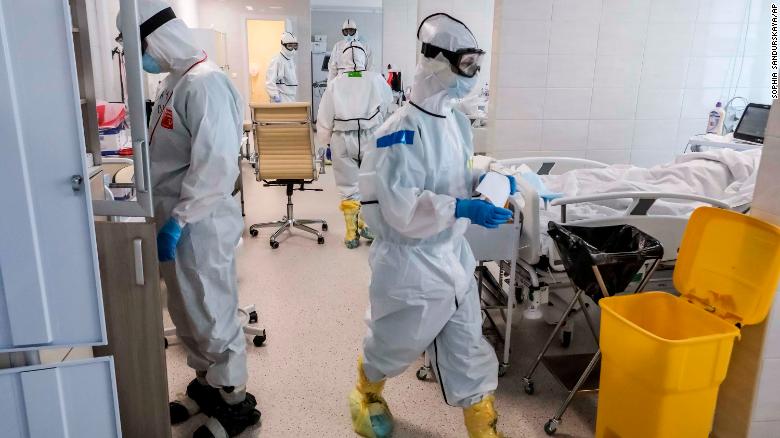 Doctors at the intensive care unit of a hospital in Moscow. 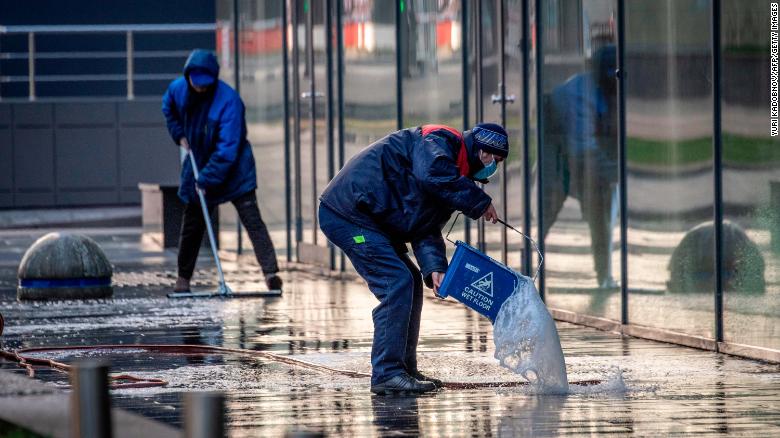 Workers clean a street in central Moscow on May 2.
The Kremlin, it seems, is belatedly waking up to the peril that Russia’s budding middle class of shop owners, restaurateurs and fitness studio entrepreneurs face from coronavirus. On Monday, the Russian government launched an online portal for citizens and businesses seeking government assistance. The site is supposed to be a one-stop shop listing government measures available to different sectors of the economy.
Whether that website changes public perception is another matter entirely. Putin has already postponed a nationwide vote that could pave the way for him to stay in power after his current term ends, potentially until 2036. And as lockdown continues and coronavirus spreads, the Kremlin is likely to face more questions about whether ordinary Russians can expect the same kind of sweeping economic intervention seen in the US and European countries.
Source: CNN
Opinion