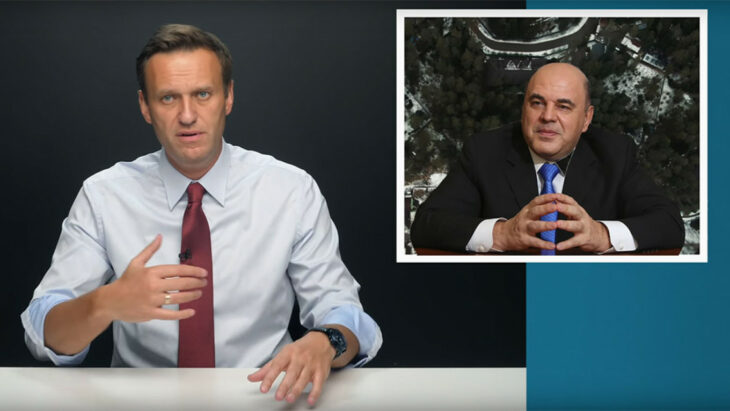 Former tax chief Mishustin’s unexpected promotion to high office earlier this month has led to a series of media investigations into his family’s property ownership. Critics like Navalny have seized on what they say is Mishustin’s hidden wealth, which they say is the norm with many officials in President Vladimir Putin’s government.

Navalny’s anti-corruption outfit listed eight apartments, houses and estates linked to either Mishustin and his wife, their two sons or his sister valued at 2.78 billion rubles.

“Mishustin knows as well as anyone that this is called a ‘criminal fraudulent transaction’ from a taxman’s viewpoint. Classic corruption,” Navalny claimed, referring to the alleged sale of the apartments to Mishustin’s sons for an undisclosed sum as soon as they turned 18.

Government records show Mishustin earning 213 million rubles ($3.4 million) between 2010, when he was named chief of the tax service, and 2018, the latest available accounting period.

Critics have also questioned how his wife Vladlena Mishustina earned 789 million rubles ($12.5 million) over a nine-year period without any known business interests.