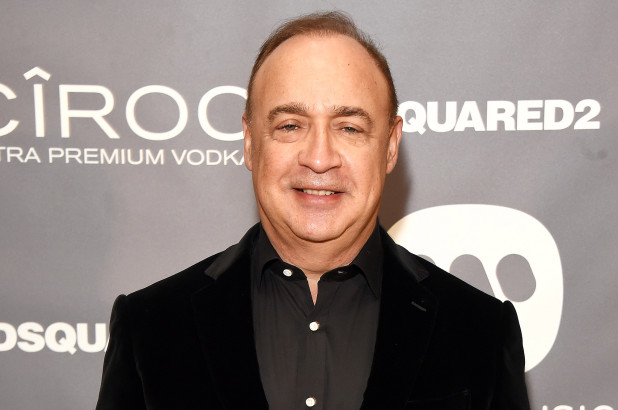 The Council on Foreign Relations is facing a storm of criticism after recently accepting a $12 million donation from Ukrainian-born oligarch Len Blavatnik, The Post has learned.

In a tersely worded letter, a group of 56 high-profile policy wonks pleaded with the posh think tank’s brass to give back the cash from Blavatnik, branding the controversial billionaire as a crony of Vladimir Putin.

Blavatnik — a metals-and energy tycoon who owns Warner Music and has rubbed elbows with everybody from Bill Clinton to Ed Sheeran — “acquired his initial wealth by way of highly questionable transactions in tandem with the regimes of [ex-Kazakhstan president] Nursultan Nazarbayev and Vladimir Putin,” according to the Sept. 18 letter obtained by the Post.

“Blavatnik protected that wealth in part through strategic alliances with security personnel and practices that would surely be considered criminal in any democracy,” the letter claimed.

A spokesman for Blavatnik referred questions about the letter to the CFR, whose president Richard Haass responded in a Sept. 26 letter of his own, in which he said the CFR had received an overwhelmingly “positive response” about Blavatnik’s donation from its “members and others.”

Asked who the supportive members were, CFR spokeswoman Lisa Shields declined to comment. Haass wasn’t available for comment, she said.

In his written response, Haass said Blavatnik’s gift, disclosed last month, “will further CFR’s efforts to develop the next generation of leaders in government, academia and the private sector.” Haass noted that the billionaire has made “transformational gifts” to Harvard, Yale and Oxford.

“We are proud to find our selves in such distinguished company,” Haass wrote.

If the controversy quiets down, the CFR gift may prove to be Blavatnik’s shrewdest yet, insiders say.

“If you want to target the political establishment, there is nothing more central to the political elite of this country than the Council on Foreign Relations,” says Louise Shelley, director of the Terrorism, Transnational Crime and Corruption Center at George Mason University.

Signed by a who’s who of anti-corruption experts and activists — including Russian chess grandmaster Garry Kasparov — the explosive Sept. 18 letter warns of “reputational damage” recently suffered by highbrow museums and the Massachusetts Institute of Technology after they took money from “repugnant” sources.

In the case of the museums, the letter was referring to the Sackler family, which got rich off the US opioid crisis, said the letter’s co-author Antonia Handler Chayes, a CFR member and professor at Tufts’ Fletcher School of Law and Diplomacy.

In the case of MIT, the letter was alluding to money the university got from sex trafficker Jeffrey Epstein, Chayes told The Post.

Indeed, the CFR itself got some heat last month when The Washington Post reported it had accepted $350,000 from Epstein before his 2008 sex-crime conviction, and never discussed what to do about it afterward.

Now, the CFR’s acceptance of $12 million from Blavatnik to fund a paid internship program is likewise threatening to sully the 98-year-old institution’s name, says Ilya Zaslavskiy, head of research at Free Russia Foundation, who co-wrote the letter with Chayes.

“CFR wants the money, but they understand that it is unsavory to allow a Kremlin-connected US citizen to have his name over some regional or topical program, so they give him the least important program,” Zaslavskiy said.

Among those who signed the letter was David Kramer, a former assistant secretary of state for democracy human rights and labor.

“All organizations should feel an extra burden to perform due diligence, especially in light of the Epstein scandal with MIT,” Kramer told The Post.

“We object to Blavatnik’s ties to the Putin regime and how he made his money. I’m sure there are CFR members who are happy to receive a $12 million donation, but if they did some further research, they might raise some questions.”

CFR is not the first think tank to get engulfed in controversy over Blavatnik money. As reported by The Post, the Hudson Institute, a conservative think tank, came under fire for accepting a $50,000 Blavatnik donation last December.