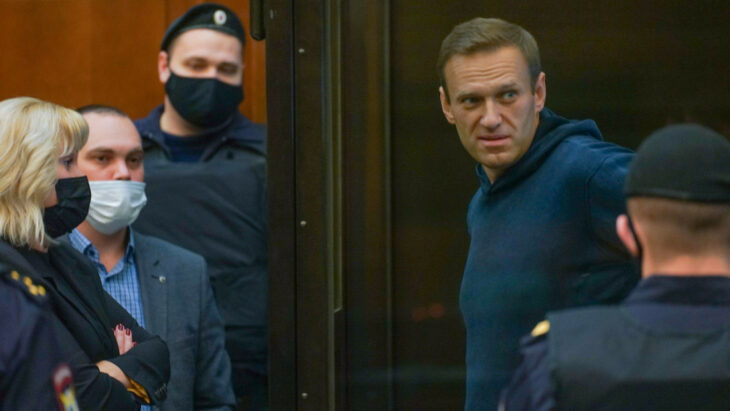 Only a month after designating recently imprisoned Russian opposition leader Alexei Navalny as a prisoner of conscience — a symbolically important label created by Amnesty International’s founder 60 years ago — Amnesty International (AI) revokedthat designation in the face of what appears to be a concerted campaign by figures sympathetic to the Kremlin, some with links to state outlet RT.

While AI continues to call for Navalny’s release, the sudden revocation of this label over Navalny’s past hate speech will only embolden the Kremlin and serve as a precedent to other authoritarian regimes seeking to discredit their opposition.

The prisoner of conscience concept created and popularized by AI has been used to great effect to improve the conditions and obtain the release of political prisoners. Here are therequirements for that designation:

“Amnesty International considers as a prisoner of conscience any person imprisoned or otherwise physically restricted solely because of his/her political, religious or other conscientiously held beliefs, ethnic origin, sex, color, language, national or social origin, economic status, birth, sexual orientation or other status, or for exercising his or her right to freedom of expression or other human rights, and who has not used violence or advocated violence or hatred [emphasis added].”

Navalny has clearly run afoul of the hate speech provision. In his early days as an opposition leader, he made numerous derogatory statements about Central Asian migrants and Russian ethnic minorities.

While he stopped using that kind of rhetoric and no longer aligns himself with ethnic nationalist causes, he also has not apologized for his previous actions despite being given ample opportunity to do so. Gessen has an overview of Navalny’s evolution from ultranationalist to an anti-corruption campaigner.

It is quite possible — albeit impossible to verify — that Navalny’s transformation is a result of a change in emphasis rather than a change in beliefs.

But, none of this information is new. Without fail, Western coverage of Navalny-led protests is followed by stories highlighting his nationalist past. It is inconceivable that AI officials were not aware of that history when first designating Navalny as a prisoner of conscience.

The fact this decision was reversed immediately after what an AL staff member called a “coordinated campaign done not out of goodwill, but maliciously” aided by individualswith dubious records when it comes to support for human rights does not provide much faith in AI’s decision-making process. Some reports suggest that the decision was madedespite disagreements between the Russian and main offices of AI.

Even by AI’s standards, this is far from a clear-cut case. According to William Korey’sbook chapter about the creation of AI, the organization’s founder, Peter Benenson, first thought of the concept of prisoner of conscience after reading about two Portuguese students being arrested by the authoritarian Salazar regime for making a toast to freedom. At no point did Benenson ask about the political views of those students.

Presumably because he knew those views were irrelevant to Salazar’s decision to imprison them. When AI did made the decision to rigidly apply its criteria, Nelson Mandela ended up being denied the protection afforded by the prisoner of conscience label.

Those individuals were granted prisoner of conscience status despite being part of an organization that openly advocated violence because their imprisonment was unrelated to that advocacy.

As per the same article, AI refused a prisoner of conscience designation to certain Serbian and Croatian nationalists because they were imprisoned over their racist statements. The spirit, if not the language, of the hate speech criterion would suggest that it only be an issue when someone’s imprisonment was itself based on hate speech.

Not even the Russian government argues that Navalny’s current imprisonment has anything to do with Navalny’s disparagement of ethnic minorities and Central Asian migrants.

Furthermore, the hate speech provision hasn’t been consistently applied in other cases, including in Russia. Eduard Limonov was granted prisoner of conscience status in 2011 after being arrested for opposition activities.

Limonov previously founded the National Bolshevik Party, which wedded Nazi. Even worse, Limonov actively supported the genocide of Muslims in Bosnia, at one pointappearing in a video with Radovan Karadžić — who was later convicted of that genocide — while shooting a machine gun onto the streets of Srebrenica. Just like with Navalny, none of this information was a secret at the time of Limonov’s prisoner of conscience designation.

While AI was within its rights to change Navalny’s designation, its clumsy and opaque handling of this process gave a victory to the Kremlin and a toolkit to other authoritarian regimes seeking to discredit their political prisoners.

Had AI initially determined that Navalny did not warrant being called a prisoner of conscience, this probably wouldn’t make the front pages of BBC and the Guardian. Had AI removed the designation after a thorough and transparent process, there would likely be only some muted criticism.

The precedent that AI has set is that authoritarian governments that already have access to tools of mass surveillance can severely weaken an international campaign for the rights of peaceful protesters by encouraging proxies to compile and disseminate incriminating evidence obtained decades earlier.

Any opposition politician who engaged in hate speech in the past likely faces a higher probability of imprisonment on trumped up charges due to the lower international cost of such an imprisonment.

That is clearly not AI’s intent and there is no reason to doubt the organization’s sincerity in continuing to call for Navalny’s release, but AI doesn’t get to decide what lessons others learn from their mistakes.

AI can’t change the past, but it owes it to the human rights community to fully account for how the initial decision to grant Navalny prisoner of conscience status and the subsequent decision to revoke that status were made.

Gennady Rudkevich is an Assistant Professor in International Relations at Georgia College, specializing in post-Soviet politics.