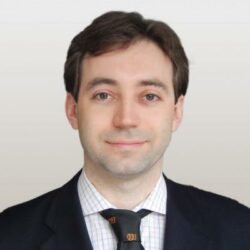 Zaslavskiy is the first Russian Associate of the Academy of Leadership of the Royal Institute of International Affairs (Chatham House) and member of the Advisory Council of the Kleptocracy Initiative, Hudson Institute until 2018. He published reports on export of Russian corruption, oligarchs and western sanctions, Ukraine’s and Kremlin’s energy projects and other similar topics at Chatham House, Hudson Institute, Council on Foreign Relations, Atlantic Council, Martens Centre, Institute of Modern Russian, Foreign Affairs journal and other places.

Apart from his activist and academic work he is a consultant on due diligence, governance and energy issues in developing countries for western companies. Until 2010 he worked in Russia on hydrocarbon projects under Kyoto Protocol and in the gas stream of TNK-BP. In 2008-9 FSB together with Kremlin-connected oligarchs fabricated him as a spy as part of their corporate raiding of the company run with criminal methods. The judge and key prosecutor from his case are now on the U.S. Congress list (Magnitsky list) of gross human rights violators. Zaslavskiy holds an M.Phil. in International Relations from University of Oxford and an Executive Master in Management of Energy from BI Norwegian Business School. The latter study was paid for by BP as a compensation for the fabricated case in Russia.