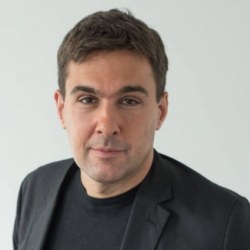 Boris Reitschuster — a German journalist, the host of the weekly “In Russian with a German accent” at RTVD (Berlin), the mentor of the Journalists’ Network Program of the PR-FRF

Boris Reitschuster is a German writer and journalist that has spent numerous years in Russia and now resides in Berlin. He worked for the Press Agency DPA and AFP in Munich and returned to Russia in 1999 as Head of FOCUS’ Moscow office. In 2008 Reitschuster was awarded the Theodor Heuss Medal for his “extraordinary commitment [to] the maintenance of civil and human rights struggles”. Following threats he was forced to leave Russia, yet still headed the Moscow office from Berlin until February 2015. Today he works as a freelance journalist and writer.