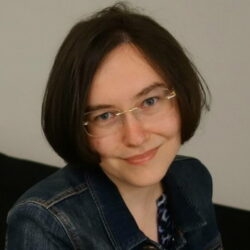 Russian journalist, an analyst at the Jamestown Foundation, an expert on Russian propaganda (San Francisco)

Ksenia Kirillova was born in 1984 in the city of Kamensk-Uralsky, Sverdlovsk region (Russia). In 2001 she graduated from school with a silver medal. In 2006 she graduated from the Faculty of Law of The Liberal Arts University with a degree in jurisprudence with honors. She was twice awarded the governor’s scholarship of the Sverdlovsk region and has lived in the US since 2014.

Kseniya Kirillova is an investigative journalist and analyst who focuses on Russian society, mentality, propaganda, soft power, foreign policy, and other activities. She is the author of several hundred articles, including research on Russian propaganda and soft power, that have appeared in the British-based Institute for Statecraft, the U.S.-based Homeland Security Today, the Atlantic Council, EU Today, the British-Canadian security project Defense Report, English-language media like the Kyiv Post and Euromaidan Press in Ukraine, the Stop Fake project, Radio Free Europe/Radio Liberty and more.