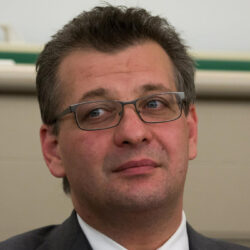 Pavel Ivlev — American attorney, founder of the Committee for Russian Economic Freedom, executive director of the NGO “KRES Polishkola” (Riga), the mentor of the Emigrant Network Program of the PR-FRF

Pavel  Ivlev graduated in law from Lomonosov Moscow State University in 1993 and later continued his legal studies at Columbia University Summer Law School in Amsterdam and at Queen Mary, University of London.

In 1997 Ivlev became a partner in a Moscow-based international law firm, ALM Feldmans, which was effectively destroyed by the broader attack on Yukos and its advisers in 2005. Ivlev is now a political refugee in the USA. Ivlev advised Yukos and its former Chairman and CEO Mikhail Khodorkovsky and was charged by the Russian authorities as part of the controversial case against Khodorkovsky and other senior Yukos executives, in the course of which violations of human rights and of the rule of law have been reported.

Ivlev is Chairman of the Committee for Russian Economic Freedom, which he founded in 2009 to campaign for “free markets, free people and free ideas in Russia”. He is a member of the International Bar Association and of the U.S.-Russia Business Council.