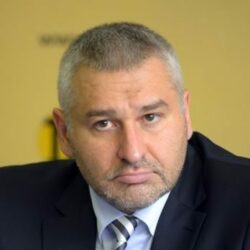 Since the end of 1980s – participant of a range of the Russian democratic unions.

Since the foundation of movement “Solidarity” in 2008 participated in its activity as member of FPS and its Bureau up to 2013.

In 2010 returned to lawyer activity.

In April 2018 he lost lawyer status because of political motifs.

Lives and works in Moscow.