Last week, the U.S. Air Force, in partnership with the Strategic Capabilities Office, conducted a flight test of a prototype conventionally-configured, ground-launched ballistic missile at… 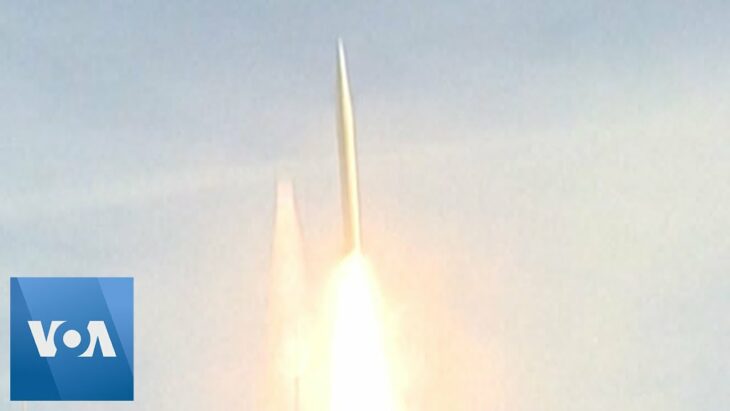 Last week, the U.S. Air Force, in partnership with the Strategic Capabilities Office, conducted a flight test of a prototype conventionally-configured, ground-launched ballistic missile at Vandenberg Air Force Base that really unnerved the Russian military and politicians.

This test marked the second of a prototype conventionally-configured, ground-launched missile system since the U.S. withdrew from the INF Treaty in August. On Aug. 18, the SCO, in conjunction with the U.S. Navy, successfully demonstrated a prototype ground-launched cruise missile during a test at San Nicolas Island, California.

“The men and women of Vandenberg (AFB) work diligently to execute launches efficiently, and we remain committed to providing robust support to our mission partners,” said Col. Bob Reeves, 30th Space Wing vice commander and launch decision authority for the test. “Overseeing today’s launch operations in the Western Range Operations Control Center reminded me of just how remarkable our Airmen and partnerships are. To every member of “Team V” that had a hand in ensuring this launch ran smoothly, from planning to execution, I am honored to have worked alongside every single one of you.”

This type of missile was previously banned by the 1987 Intermediate-Range Nuclear Forces (INF) Treaty with Russia, which the Trump administration formally abandoned in August after years of warning Russia to come back into compliance.

When asked if the United States was considering deploying such ballistic and cruise missiles to Europe, Defense Secretary Mark Esper responded: “Once we develop intermediate-range missiles and if my commanders require them, then we will work closely and consult closely with our allies in Europe, Asia, and elsewhere with regards to any possible deployments.”

Russian Strategic Missile Forces commander Col. Gen. Sergei Karakaev said on Sunday the United States plans to carry out test launches of two new medium-range missiles that were previously banned by the Intermediate-Range Nuclear Forces (INF) Treaty before the end of this year.

“Before the end of 2019, the United States plans to test two new intermediate-range land-based missiles: a cruise missile with a range of more than 1,000 kilometres [621 miles] and another one with a range of over 3,000 kilometres [1,864 miles]. In addition, strike drones can be classified as short and intermediate-range strike weapons. Moreover, no one today can provide guarantees that these complexes would not be equipped with nuclear weapons”, Karakaev said.

The RT has reported that previously the Trump administration accused Russia of possessing a missile that violated the treaty, something that Moscow has denied. Russian offers for NATO to inspect the allegedly offending missile system were ignored. Meanwhile, President Donald Trump and his advisers further rationalized their exit by calling the INF a “relic” of the Cold War, an “obsolete” treaty that no longer reflected strategic reality, because it did not apply to China or other countries with ballistic missile capabilities.

The new test comes just days after Russian Foreign Minister Sergey Lavrov visited Washington and discussed the possible extension of the New START nuclear reduction treaty with Trump and Secretary of State Mike Pompeo. Moscow has said it was willing to extend the treaty, which expires in February 2021, by five years to allow time for a new deal to be negotiated.