VLADIMIR PUTIN is under pressure as valuable Kremlin allies in the Russian Church defy the government to reverse imprisoning of political opponent, according to an… 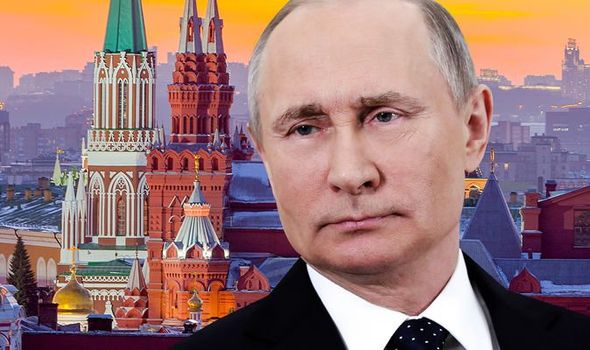 VLADIMIR PUTIN is under pressure as valuable Kremlin allies in the Russian Church defy the government to reverse imprisoning of political opponent, according to an expert speaking to Express.co.uk.

Russian actor Pavel Ustinov was jailed in September after he was found guilty of dislocating a police officer’s shoulder at an anti-government protest in Moscow, despite having claimed that he was a bystander. Video evidence suggested that Ustinov was innocent, but this was not taken into consideration by the courts. The Tverskoy District Court sentenced Ustinov to three years and six months on the charges, with prosecutors initially seeking a six-year prison term. However, following outrage by supporters of Ustinov, the sentence was recently overruled after more than 20,000 people took to the streets in Moscow two weeks ago to protest the arrest of the 23-year-old and others detained in anti-government protests.

Most surprising and worrying for Putin however, was the swathe of usually pro-Kremlin figures who opposed the ruling despite Ustinov’s critical views on the Russian Government.

Perhaps most shocking of all was the emergence of 70 Orthodox Christian priests from the Russian Church which, according to researcher and academic specialising in Russian politics Dr Ben Noble, represents a significant blow to Putin.

The Church plays a key role in disseminating and encouraging conformity to Kremlin rhetoric.

Dr Noble told Express.co.uk: “Really high profile celebrities came out to support him, and 70 orthodox priests who are usually pro-Kremlin said they don’t agree with this.

“We know the Church has been increasingly important to the Kremlin to demonstrate authority and legitimacy, certainly since 2012. The Kremlin has capitalised on and criticised the Pussy Riot performance in the Central Cathedral in Russia to align itself with ‘proper Russian values’.”

In February 2012, a criminal case was opened against the band members who had participated in the Moscow cathedral performance. Two alleged members of Pussy Riot were arrested by the Russian authorities and accused of hooliganism.

Dr Noble added: “The Kremlin wants to say it’s under attack from the West, and that forms an orthodox conservative values vs protestant west narrative, so the Church is a useful way to demonstrate that difference for the government.”

This is the second humiliation for Putin in the last month, as he also suffered at the hands of growing protests during the regional Russian elections.

Putin’s United Russia Party had to weather electoral challenges, coming out on top in regional elections but losing over a third of their seats in the Moscow City Duma.

Initially holding 40 out of 45 seats in Moscow’s City Council, Putin now holds just 25 and the party’s image is under scrutiny.

Around 60,000 Muscovites took to the streets of the capital to protest the decision by the Russian Electoral Commission to expel opposition candidates ahead of the votes.

The demands for free and fair elections created an embarrassing sub-narrative that looks to have cost Putin. As a result of the PR nightmare, many Kremlin candidates listed themselves as independents to try and wash away the party’s image.

Primary opposition to Putin, Alexei Navalny, encouraged a smart voting tactic which saw opponents vote for near rivals to the ruling United Russia.

In retaliation to this, the Kremlin sent over 1000 police officers to offices of Navalny’s FBK Foundation across Russia, citing a corruption suspicion that appears to have been a method to discredit Navalny.