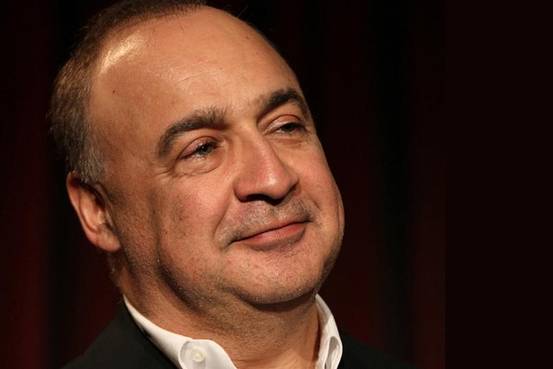 Dear Dr. Haass and Members of the Council on Foreign Relations Board of Directors:

We are U.S., European and Russian foreign policy experts and anti-corruption activists who are deeply troubled by your announcement last week of a new $12 million CFR internship program to be named after the donor, Leonid (Len) Blavatnik.  We regard this as another step in the longstanding effort of Mr. Blavatnik—who, as we explain below, has close ties to the Kremlin and its kleptocratic network—to launder his image in the West.

At a time when revered institutions from the Massachusetts Institute of Technology to major museums have suffered reputational damage when the sources of major donations proved repugnant, and when the role of Russian networks in undermining democracy from Eastern Europe to the United States has become plain, we urge you to review your decision, and to apply the high standards of ethics and due diligence that an organization of CFR’s leading stature should wish to model.

As recent unrelated events illustrate, the origin of donations to high-profile institutions matters.  Blavatnik acquired his initial wealth by way of highly questionable transactions in tandem with the regimes of Nursultan Nazarbayev and Vladimir Putin.  He protected that wealth in part through strategic alliances with security personnel and practices that would surely be considered criminal in any democracy.  There are clear indications that some portion of these riches is being deployed to further anti-democratic agendas in Europe and the United States.  Below are a few illustrations.

·        In a 2013 deal orchestrated by Russian President Vladimir Putin and Putin confidant, former deputy prime minister and now Rosneft chair Igor Sechin, Blavatnik reaped an estimated $7 billion from the sale of the oil company TNK-BP to the state-owned Rosneft conglomerate.  Subsequent investigation indicates that as much as $3 billion of the total was an inexplicable overpayment by the Russian government.  (See further information here,[1] here,[2] and here.[3])  Such unexplained sums can then be used by Putin-linked private-sector individuals to further Putin’s interests in foreign countries, including by making donations.  This transaction later proved so controversial that Putin felt obliged to publicly criticize[4] its use of opaque tax-free off-shore financial structures – despite his direct involvement.

·        As part of the lead-up to that transaction, Western TNK-BP managers were subjected to daily harassment at the hands of state security services and security personnel controlled by Blavatnik and his Russian partners. (See further information here,[5] here,[6] and here.[7])

·        Blavatnik’s connections to corrupt Putin-supported oligarchs and officials are longstanding and well known. For example, Blavatnik’s business partners include several individuals who are sanctioned by the United States government, such as Viktor Vekselberg, Oleg Deripaska[8] (both designated by the U.S. Treasury in April 2018[9] under the Countering America’s Adversaries Through Sanctions Act), and Alexander Makhonov[10] (via Blavatnik’s media enterprise Amediateka[11] – the Russian analogue of Netflix).

·        According to ABC News, Blavatnik was investigated[12] as part of Special Prosecutor Robert Mueller’s examination of Russian subversion of the 2016 election. From the Mueller Report we know that two close business associates of Blavatnik – Oleg Deripaska and Petr Aven – were also examined, as were, according to multiple credible media outlets, two others – Viktor Vekselberg[13] and Simon Kukes.[14]  The point here is that Blavatnik and his fortune cannot credibly be dissociated from individuals and entities who further Putin’s agenda in the U.S. and other democracies.

·        While Blavatnik himself was never charged with meddling in the elections, a number of his major donations,[15] and his investment in an aluminum plant in Kentucky,[16] raise serious questions – including among many members of Congress[17] – about his money and its connection to the political goals of the Kremlin in the US.  A public charity should not look to the standards of U.S. criminal procedure in ensuring that none of its funding is — or is likely to be seen as – tainted, but should err on the side of propriety.

·        His multiple appearances in the Paradise Papers[21] trove of documents related to the corrupt use of secret shell companies indicates a similar contempt for the democratic principles of corporate and political transparency.

·        In judicial wiretaps of Russian organized crime, Spanish investigators recorded[22] two Russian mobsters – Vladislav Reznik (a Duma Deputy) and Gennadiy Petrov, boss of the Tambovskaya organized crime syndicate — setting up a meeting for Blavatnik. That is a disturbing revelation for a self-proclaimed supporter of good governance, which warrants deeper examination.

Blavatnik projects himself as an independent US businessman, and denies links to Putin, noting the absence of direct meetings. As Petr Aven’s testimony to Mueller’s office indicates, however, his long-time oil-sector business partners from Alfa Bank[23] do regularly meet Putin to obtain instructions regarding politics, including US politics (and highlight[24] their membership on CFR’s International Advisory Board).

It is our considered view that Blavatnik uses his “philanthropy” – funds obtained by and with the consent of the Kremlin, at the expense of the state budget and the Russian people — at leading western academic and cultural institutions to advance his access to political circles. Such “philanthropic” capital enables the infiltration of the US and UK political and economic establishments at the highest levels.  It is also a means by which Blavatnik exports Russian kleptocratic practices to the West.

We urge the Council on Foreign Relations to assume the moral leadership and apply the due diligence standards incumbent on an institution that is an exemplar to our community, and consequently reverse its decision to accept Mr Blavatnik’s gift.

Members of the Council on Foreign Relations

12.   Oliver Bullough, Journalist and Author of Moneyland: Why Thieves and Crooks Now Rule the World and How to Take It Back

17.   Martin Dewhirst, Lecturer in Russian Language and Literature, the University of Glasgow 1964-2000

37.   Edward Lucas, Senior Vice President, Center for European Policy Analysis; Journalist and Author of The New Cold War: Putin’s Russia and the Threat to the West

40.   Tom Mueller, Author of Crisis of Conscience: Whistleblowing in an Age of Fraud

41.   Alina Mungiu-Pippidi, Author of A Quest for Good Governance. How Societies Develop Control of Corruption

Note: the affiliations listed above are for identification purposes only.  They do not necessarily imply institutional endorsement of this letter.

CFR President’s response to our letter on 26 September

We received your letter of September 18, 2019 regarding the Council on Foreign Relations’ acceptance of a charitable contribution from the Blavatnik Family Foundation to endow paid internships here.

You should know that we at CFR take the issue of funding very seriously. We do not accept funding of any sort from foreign governments or government-controlled entities. We do not accept gifts from businesses to support programs where there could be perceived or real conflict of interest. In the case of donations from individuals and foundations, we undertake a rigorous review consistent with best practices for organizations that accept charitable contributions to make sure that acceptance of the gift poses no risk to our reputation for non-partisanship, independence, integrity, and academic freedom.

We are confident that this gift from the Blavatnik Family Foundation to fund the internship program here meets these criteria. I would add that we have received a highly positive response to its announcement from many of our members and others. We are grateful to CFR member Len Blavatnik for his generosity and foresight in endowing this program. As with all such gifts, the donor has no say in the process for selecting individuals who would come to CFR and overall administration of the program, nor any aspect of the greater CFR research agenda.

By providing a competitive hourly wage to all interns, the goal of the Blavatnik Internship Program is to make CFR’s highly competitive internships accessible to a broader range of qualified students from all backgrounds, making way for new talent and increasingly diverse perspectives in the field of international relations. The long-term impact of this gift is difficult to overstate. It will further CFR’s efforts to develop the next generation of leaders in government, academia, and the private sector.

As I am sure you are aware, the Blavatnik Family Foundation has supported international schools of business and government to educate and inspire the next generation of global leaders. To that end, the Foundation has made transformational gifts to Harvard, Yale, and Tel Aviv Universities, and established the Blavatnik School of Government at Oxford University. We are proud to find ourselves in such distinguished company.

Our reply to President Haass’s response on 30 September

Thank you for the kindness of your reply.  However, we and the letter’s signatories found it disappointing.

Our most urgent concern is this.  You speak of the long-term impact of this donation.  In our view, that impact extends far beyond the potential value of the money to future interns, beyond even CFR.  That impact will touch upon the health of American democracy.

Blavatnik has mounted a longstanding effort to launder his image by linking himself to precisely the type of respected institutions you mention.  That is his strategy.  This effort is particularly sensitive now, one year before the next U.S. presidential election.  In October 2016, he made major donations to political figures supported by the Kremlin.  We have no doubt that certain campaigns are quietly testing the waters to gauge how far consensus has shifted as to the acceptability of Russian-linked money.  By welcoming this contribution at this time, CFR bestows its blessing.   The fact that Harvard or Yale’s due diligence failed – in gifts related to science, not policy – does not excuse this more serious lapse.

·        It is our contention, supported by a significant body of evidence, that Mr. Blavatnik should be considered, for all intents and purposes, a “government-controlled entity.”

·        The existence of internal processes consistent with “best practices” has failed to guard many an institution from actions that in retrospect proved unwise, damaging to their reputations, unethical, or criminal.  Blavatnik’s donation does indeed put CFR’s reputation for integrity and independence at risk.

·        We would certainly expect that CFR did not offer Blavatnik any say in its processes or research agenda.  However, abundant social science research demonstrates that the desire to reciprocate is so deeply rooted in humans who feel beholden that they almost always do so, even unwittingly.

·        The fact that some CFR members may be satisfied with this contribution does not absolve you and the directors from your own stringent responsibilities to consider its ramifications.  (Some Skadden Arps partners or Sackler Gallery directors might today regret their earlier positive response to legal fees and donations now in the news.  But in those cases, the fallout affected only the entities, not our nation as a whole.)

Nothing in our exchange with CFR over the last two weeks is to be construed as an allegation by any of the signatories of criminal malfeasance by Mr. Blavatnik.  Such a determination can only be made by the courts.  But criminal law sanctions only the most egregious violations of a society’s ethical expectations.  It is a floor, not a ceiling.  It is our strong view, as stated in our letter of September 18 (attached with an expanded list of signatories), that CFR should uphold higher standards, and demonstrate the rigorous integrity that must be restored to America’s public and private institutions in order for our democracy to continue to thrive.

Our request is simple and substantive: reverse your decision to accept Blavatnik’s $12 million. We consider this matter to be of grave importance and will continue working for a better outcome.